In the name of art 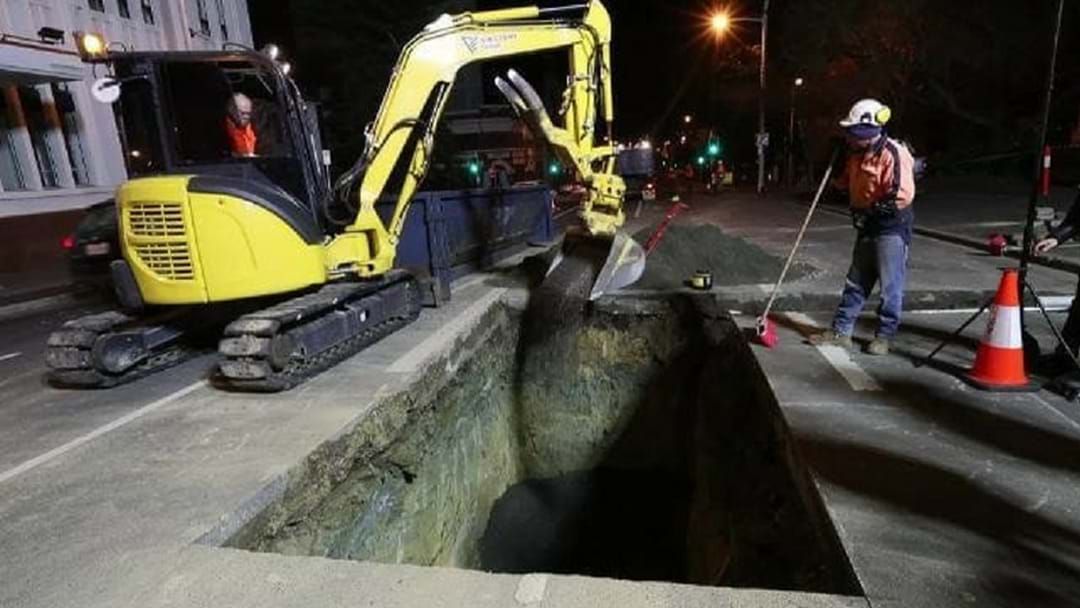 Mike Parr is the 73-year-old performance artist who spent 72 hours underground in a steel box for Dark Mofo Festival and has now shared his experience beneath Macquarie Street in Hobart.

Armed with a copy of The Fatal Shore by Robert Hughes, a TV screen showing the outside world, some drawing materials, a stool and a bed, Mike told an audience at the University of Tasmania Art School just how it all went down.

I could see their front end bobbing up and down and I thought this was not looking too good.

By about 10 o'clock on Saturday night it was deafening in the box, and when the semis went over the top everything was rattling," he said

Mike's reasoning for his performance was he wanted to make a statement about violence, including The Black War.

While his performance wasn't accepted by all in the Indigenous community, Parr offered an insight into why he didn't ask for their permission on going forward with the performance.

"I couldn't ask permission because it would have exposed the performance prematurely … but also it would have confined the work to a single interpretation.

"When in the 19th century Aboriginal people were killed, abducted, raped, no-one asked any permission."

This was Mike's third and final performance for Dark Mofo. The steel box which was used for the performance has now been filled with concrete and the road has been resealed.