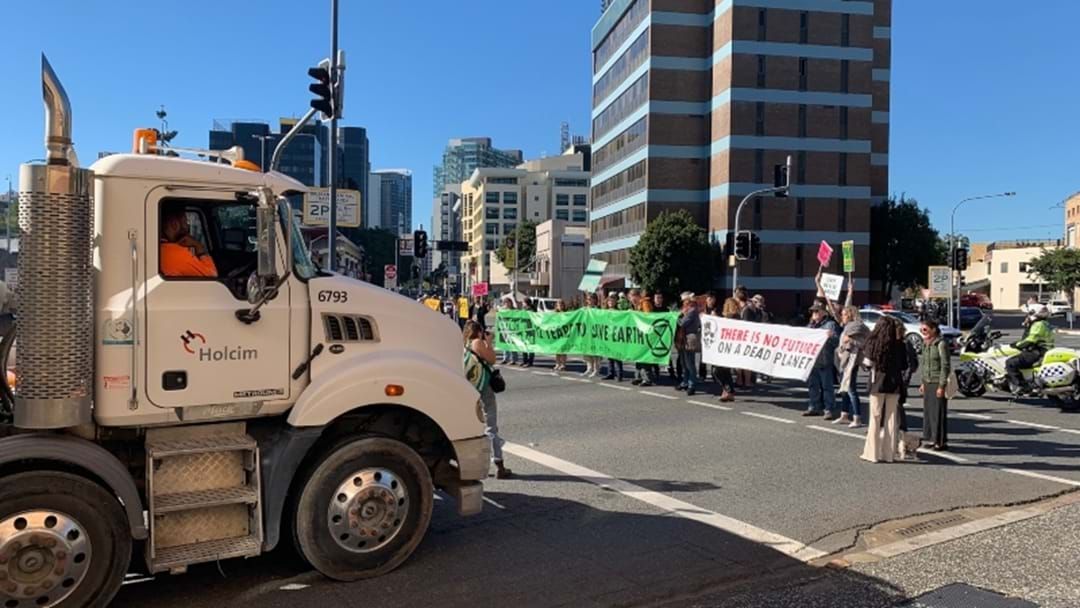 Major intersections of Brisbane's CBD were blocked this morning by members of 'Extinction Rebellion' as the group continues to demand action on climate change.

The protest was run by the same group involved in the incident where by two protesters glued their hands to a road, shutting down a busy street in Brisbane's CBD in early June.

The road have since cleared with protesters being slowly moved on.