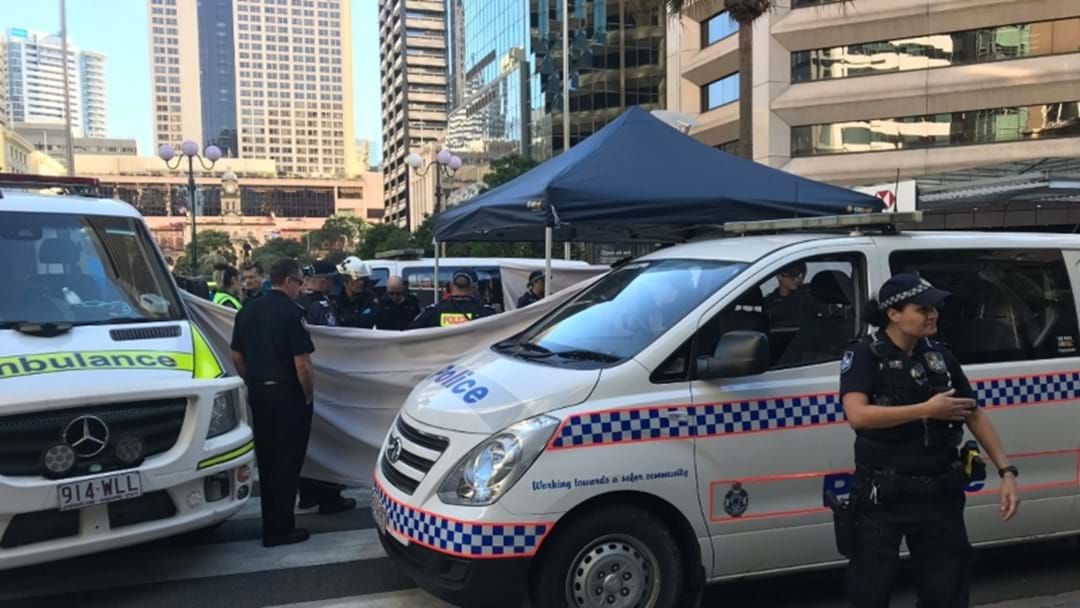 Two protesters glued their hands to a road, shutting down a busy street in Brisbane's CBD this morning.

Asked what they were doing, one of them said they were protesting against "an extinction".

"Our government is hellbent on sending us into a climate catastrophe... This is really dangerous and we need to take it seriously," an activist said.

The protests are similar to those in Europe where activists also glued themselves to the road.

It's reported the pair have been freed and arrested.