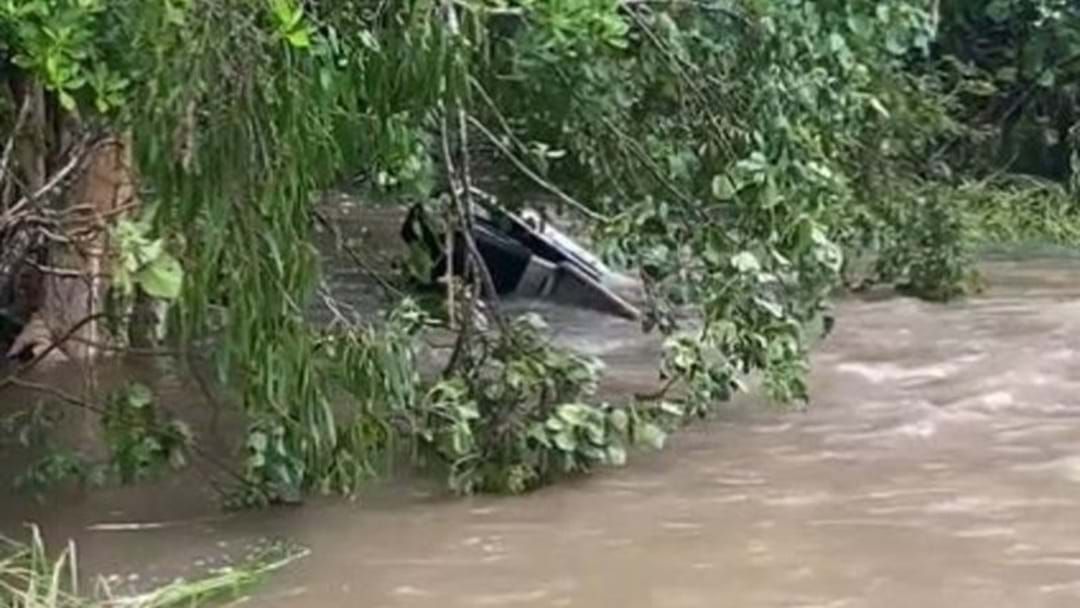 A woman’s body has been discovered in a submerged car after her vehicle was driven into floodwater in Central Queensland.

The woman was believed to have been driving the vehicle with two other passengers who managed to escape.

Police found the woman in the driver’s seat of the vehicle with her seatbelt still on.

A search had been launched for a possible missing woman after the vehicle was seen being swept away into flood waters at Surprise Creek Road in Mount Ossa just north of Mackay on Wednesday morning.

The two passengers of the vehicle including a 50-year-old Charlton man and a 30-year-old Mount Pelion woman were able to escape before the car became fully submerged at around 5AM.

The escaped passengers called emergency services to the scene where they treated one of the two passengers for a cut to their head.

Upon searching the area, police discovered a 31-year-old woman dead inside the vehicle.

Premier Annastacia Palaszczuk offered her condolences to the family of the 31-year-old woman.

“Tragically, I’m advised that they’ve recovered her body. I offer my heartfelt condolences to the family,” she said.

“Some of that water is coming down with a lot of force and people need to take care. You can’t see underneath, you can’t see how deep the water is, very treacherous conditions to drive in and very challenging to be able to do search and rescue activities as well,” he said.

An official report is being prepared for the coroner.