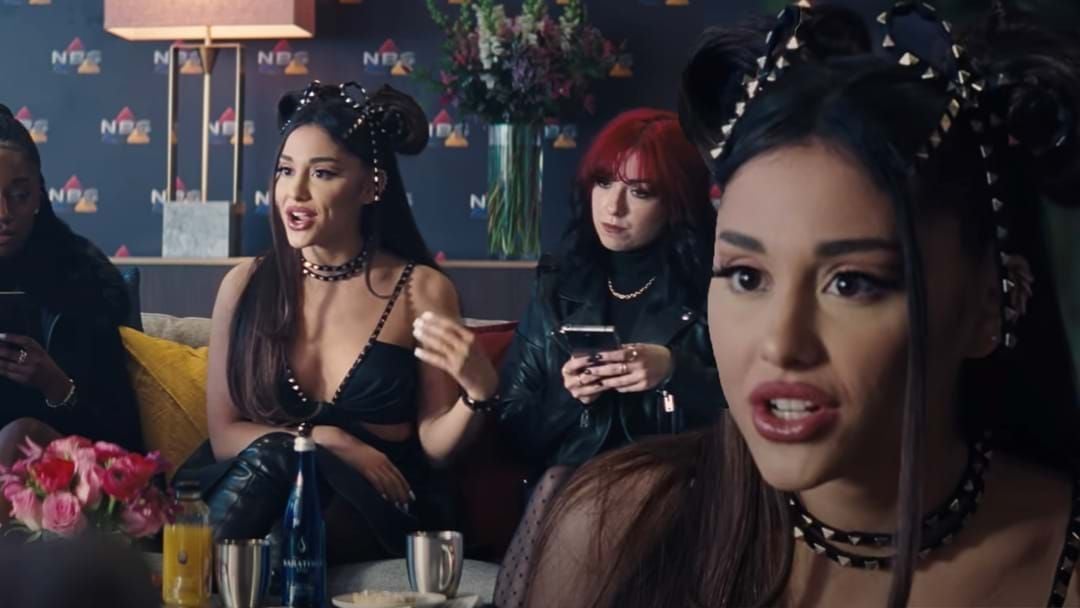 The new movie from Netflix 'Don't Look Up' has a star studded cast. From Leonardo DiCaprio to Jennifer Lawrence, Timothèe Chalamet to Meryl Streep and more, but the real star is Ariana Grande.

Ari plays the role of Riley Bina and brings her comedic timing perfectly as a pop star who literally has a galaxy revolving around her and her every move, life imitating art perhaps? From worldwide misery about the breakup of her relationship to a dramatic live TV appearance.

She even manages to deliver a stellar song aptly titled 'Just Look Up', which makes SO much more sense once you see it in the movie.

'Don't Look Up' is based off the story of two scientists who discover a meteor is set to destroy the planet... but no one cares.

The film will have you giggling, rolling your eyes and faintly connected the characters played by some of the stars to real life politicians.

'Don't Look Up' is in selected cinemas in December and on Netflix on December 24.