Entertainment NewsWhere's Samantha? Kristin Davis Reveals How She'll Be Tied Into 'And Just Like That'

Where's Samantha? Kristin Davis Reveals How She'll Be Tied Into 'And Just Like That'

Gone but not forgotten 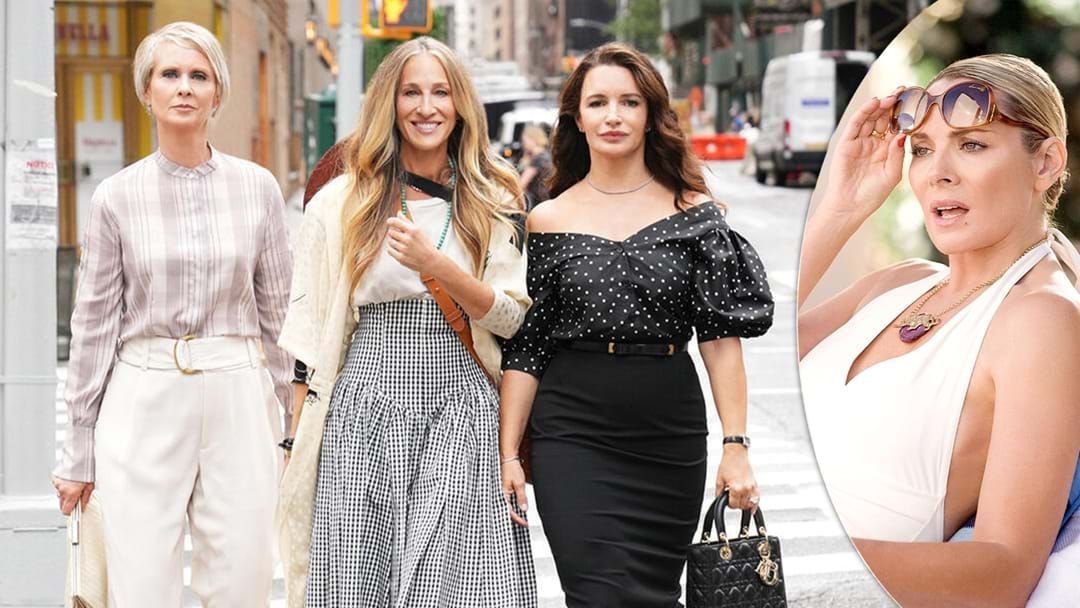 With the release of And Just Like That upon us, we’re just wondering… What are they going to do with Samantha?!

While Kim Cattrall’s character won't be appearing in the Sex and the City reboot series, Kristin Davis (Charlotte York) has confirmed her disappearance won’t go unaddressed.

Love Sex and the City? Catch some facts you (probably) didn't know about the hit show:

During a recent interview on the American Today Show, Davis made a point of saying how integral Cattrall’s character was to the legacy of SATC, telling interviewers “Samantha is never not going to be a part in some way.”

“We love Samantha… There is respect for Samantha… it’s part of the story… We would never disrespect Samantha," the star confirmed.

So why isn’t Cattrall appearing on the show?

Cattrall and the show’s lead, Sarah Jessica Parker, had a… turbulent relationship offscreen, to say the least.

Tensions escalated when Cattrall revealed she was earning a tenth of the salary SJP was raking in, even during SATC's later seasons; something neither producers nor SJP were willing to budge on.

With the cast reportedly earning equal pay for And Just Like That... could we expect the olive branch to be extended Kim's way? Only time can tell.