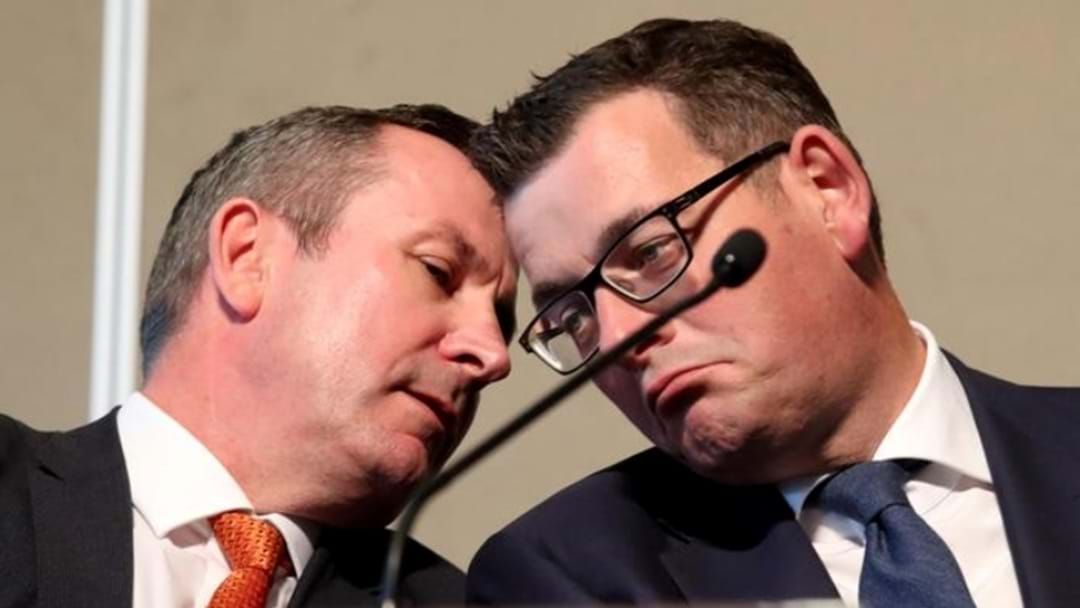 Facing questions on Wednesday over the state’s split of revenue from the GST, Mr McGowan said the Commonwealth has promised the state’s current arrangements will not change.

“The arrangement is permanent as far as I’m concerned and that’s the assurance, I’ve had from all of my now federal colleagues,” he said.

The WA Premier, singled out Victoria after the states Treasurer Tim Pallas said Victoria has been dealt the short straw under the current GST set-up, calling upon the Commonwealth to reform the system.

But McGowan pointed out that Victoria has splurged billions on the Commonwealth Games, compromising their bottom line.

“We decided not to go for the Commonwealth Games because I didn’t want to, in an uncertain world, go and spend $2.5bn on something that is a ‘nice to have’ while what we want to do is fund our hospitals properly, deal with important health issues, pay down debt (and) diversify the economy.”

A Victorian state government spokesman on Wednesday night said that the state "makes no apologies for investing in regional Victoria and creating thousands of jobs for Victorians”.

“We know we’re being short-changed – that means less funding for our schools, hospitals, roads and rail.“

“The Commonwealth government must ensure the GST system is fixed so that Victorians are not ripped off to the tune of billions of dollars in coming years,” he said.

In a sign of solidarity, Victoria's Opposition leader Matthew Guy defended the state, claiming the WA Premier had a “nasty streak”.

“There is no need to attack Victoria like that," he said. “We’re trying to get our regions back on their feet…he just wants to just deeply attack anything that’s not his idea.”

Western Australia's deal means they receive at least 70¢ in the dollar of GST revenue to balance the difference of soaring mining royalties.