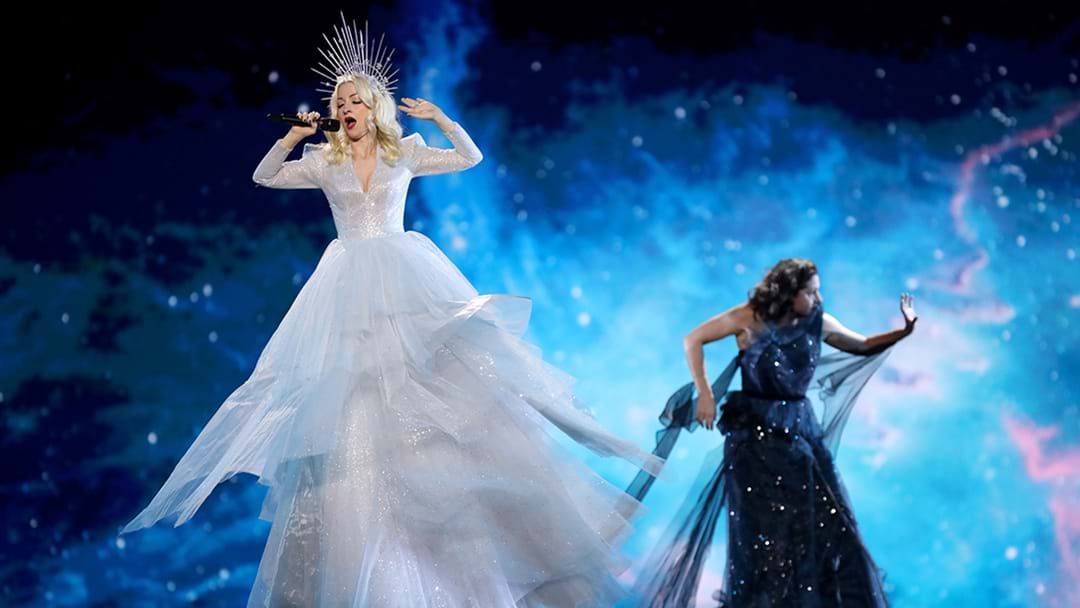 Eurovision has finally kicked off, with the first semi-final hitting our screens bright and early this morning live from Israel.

Kate Miller-Heidke was selected to compete for Australia, and she performed her tune Zero Gravity during today's semi-final.

And after a nail-biting vote, the hosts announced that Kate will be competing in the final this weekend!

Also making it through to the final were Greece, Belarus, Serbia, Cyprus, Estonia, Czech Republic, Iceland, San Marino and Slovenia.

This continues Australia's successful track record at Eurovision of always making it into the final! While we were giving a guaranteed spot in the final in our first appearance with Guy Sebastian in 2015, in subsequent years Dami Im, Isaiah Firebrace and Jessica Mauboy have all had to compete for their spots in the final.

Here's how to watch Eurovision on SBS: