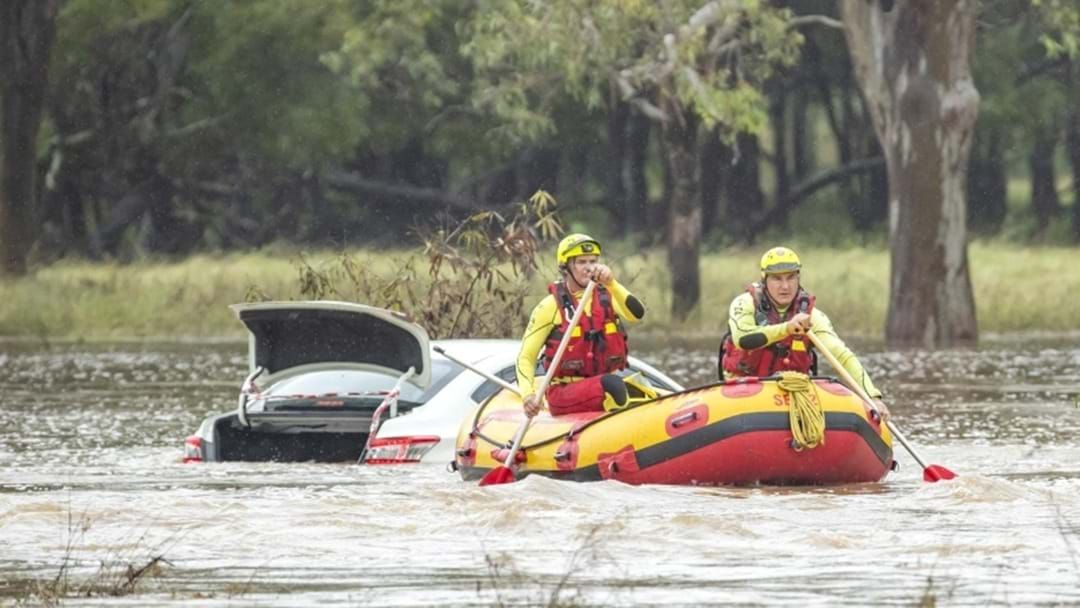 The focus of Queensland's flood emergency has once again moved to Gympie, with the city's Mary River expected to peak at 16 metres, inundating the CBD.

By late Friday evening, the river was over 12m and rising, prompting authorities to issue flood alerts for Gympie and Scenic Rim regions as rain continued to batter the region overnight.

"Downstream on the Mary River, Tiaro and Maryborough, we don't have predictions there yet so we will see what the rainfall does and see what happens at Gympie as well," Senior forecaster Laura Boekel said.

Cut off by floodwaters blocking access to major roads and highways, the new mum and her baby girl were retrieved by the Capricorn Rescue helicopter.

"The on-board medical team assessed both mother and newborn who were then flown to Gladstone Hospital for further observation," a spokesperson said.

Initially predicted to ease on Friday, Premier Annastacia Palaszczuk said the rain would instead start to abate on Saturday.

“This rain is causing a lot of inundation, especially in our catchment areas, so if you live around the catchment areas, please be prepared and be listening to what the weather bureau and what the emergency alerts say,” she said.

The premier confirmed flood warnings remain in place across the state, including for the Condamine, Logan, and Bremer rivers, as well as the Warrill, Laidley and Lockyer creeks.

While a minor flood warning is in place for the Brisbane River, with low-lying areas potentially being affected at high tide over the coming days.

The flood watch comes as residents and businesses in Lockyer Valley begin their clean up following another “soul-destroying” deluge which left about 300 homes destroyed by inland seas.