Melbourne NewsWarHorse The Play Had Me in Tears

WarHorse The Play Had Me in Tears 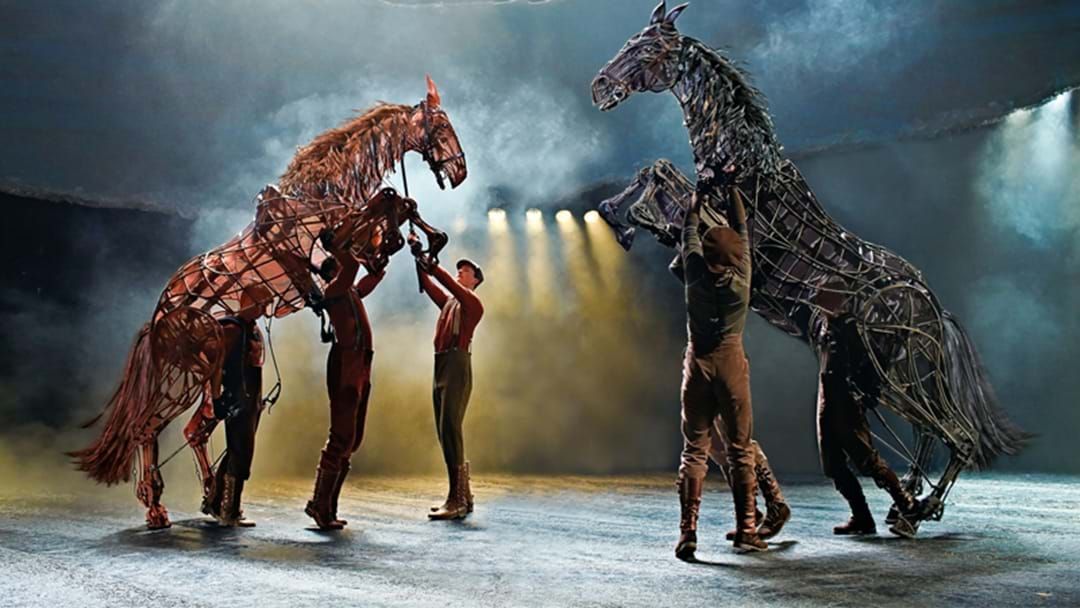 I’ll be completely honest with you….when it comes to theatre plays, they usually aren’t my thing. ‘WarHorse’ though, was an incredible exception!

Going into the theatre I wasn’t sure what to expect. I had seen the 2011 Spielberg movie of the same name and you can read what you may into this…..but I couldn’t remember a thing about it a part from it contained horses……and a war!

From the very second the play started, it had me hooked! The puppeteers are clearly visible but minutes into watching, they seem to become one with the incredible horse puppets to the point that you forget that you are even watching humans control puppets on stage including a scene stealing duck.

A remarkable story of courage, loyalty and friendship, it tells the story of a young boy called Albert and his horse Joey, set against the backdrop of the First World War. This powerfully moving and imaginative drama is a show of phenomenal inventiveness, filled with stirring music and songs, featuring ground-breaking puppetry work by South Africa’s Handspring Puppet Company, which brings breathing, galloping horses to life on stage.

WarHorse is one of those plays that you have to see with your own eyes to believe, and trust me when you say that you won’t be disappointed! It’s inspired me to go and see more plays in the future, and will probably have me going along to see it again before it leaves Melbourne!

Appearing at the Regent Theatre from January 2020, you can watch the trailer below as well as get your tickets here