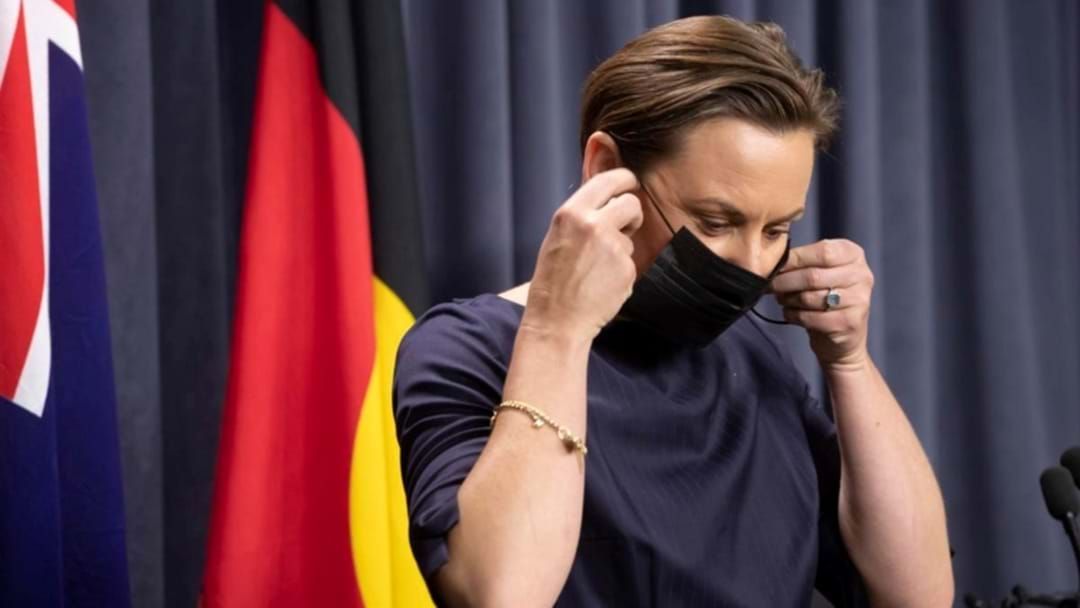 Under a raft of changes to Western Australia's Covid regulations, mask mandates will be scrapped from 12:01am on Friday.

In the state's final move towards living with Covid, Health Minister Amber-Jade Sanderson announced late Tuesday that the state would be moving to new baseline public health measures.

Ms Sanderson said the swathe of changes were possible because WA had achieved the soft landing "that the Premier promised, and that the public deserves".

"With our world-leading vaccination rates, [and] a stable level of spread, [WA] no longer risks a dramatic loss of life,"

"It is time for us to live with this disease," the Health Minister said.

"We've shown that we have worked superbly together as a community to manage the pandemic, and now it is time for us to start to return to normal."

Capacity limits at all venues will be lifted in the imminent changes, including the two square metre rule, and the 75 per cent limit at stadiums.

The state's G2G pass system will also be scrapped, along with the triple-vaccination requirement for domestic arrivals.

And falling into line with all other jurisdictions, proof of vaccination for entry into venues will also be dumped, excluding hospitals and aged care facilities.

However, vaccination mandates which apply to about one million workers in WA, will remain in place for the “foreseeable future”.

Premier Mark McGowan warned that booster rate needs to climb "way over" 80 per cent before the so-called no jab-no job policy is lifted.

“The mandates will remain in place for the foreseeable future,” Mr McGowan told 6PR’s Gareth Parker, while isolating at home.

It's currently sitting around 79-percent.

“As WA transitions to ‘living with COVID-19’, most of the measures previously mandated should continue to be highly recommended. This includes social distancing, socially responsible mask wearing in certain settings, hand and general hygiene, and taking a COVID-19 test if symptoms develop,” he said.