Voldemort’s Dark Mark Appeared In Locations Around Sydney This Week

Did you see it? 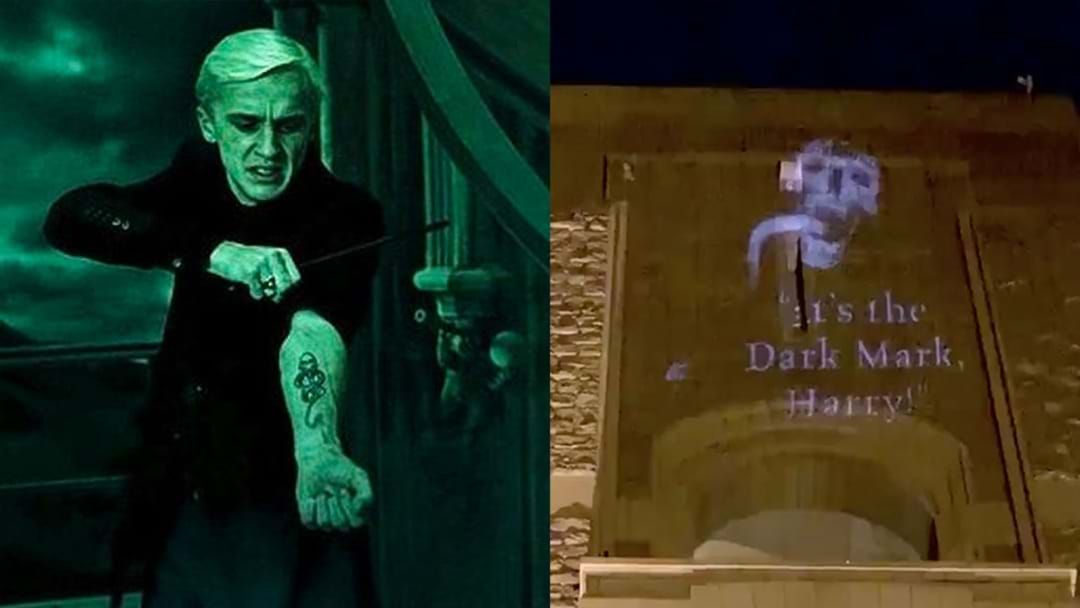 Whether you consider yourself a Death Eater or part of the Order of the Phoenix, some very important information has been brought to our attention and every Potter fan needs to know.

You may have missed it, but earlier this week, a dark mark appeared in various locations across Sydney (and Melbourne), including the Sydney Harbour Bridge and in Kings Cross.

As it turns out, the dark mark has appeared to promote Bloomsbury finally releasing Harry Potter and the Goblet of Fire’s illustrated edition!

The book is part of a series slowly being rolled out by illustrator Jim Kay who has been reimagining J.K. Rowling's classic series since 2015.

The new book is available now at all good book stores!