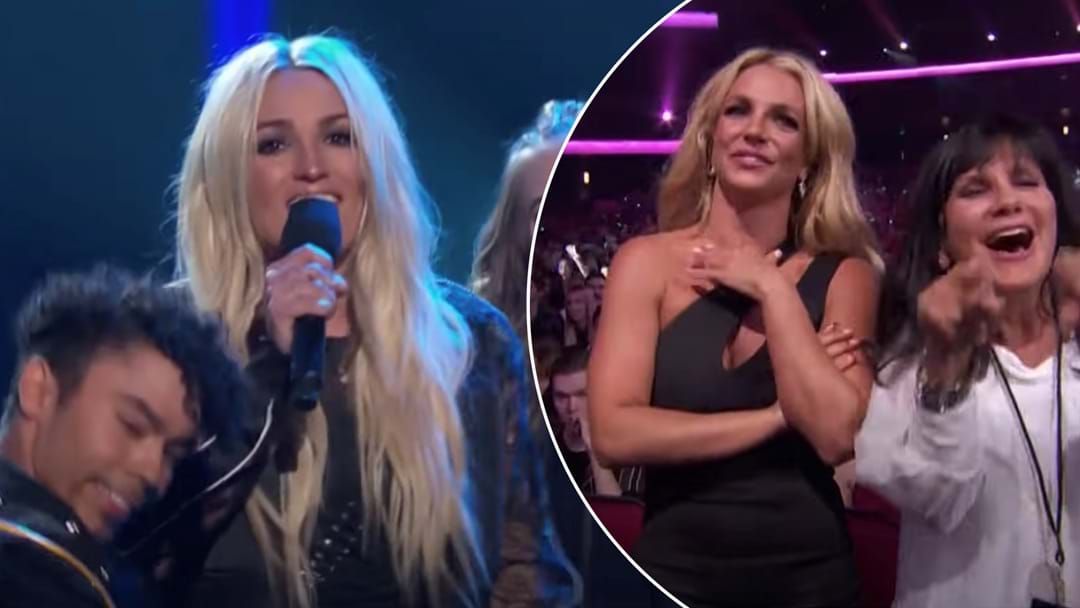 Britney Spears has found her voice and she is USING it!. The singer took to her social media pages over the weekend to announce she will not be dancing on any stage while her Dad is in charge and also took aim at her sister Jamie Lynn.

Britney's full post is below but it's worth noting that she points out a moment when her sister appeared on stage and performed remixes of Britney's OWN songs.

The award show she's speaking about was the 2017 Radio Disney Music Awards and below is the super awkward video of Britney's reaction to seeing her sister on stage.

Brit was honoured as the first-ever Radio Disney Icon Award and Jamie Lynn, Kelsea Ballerini, Hailee Steinfeld, Sofia Carson took to the stage for a tribute that saw some awkward reactions from the singer...

She continues in the post saying that the conservatorship has ruined her dreams and she encourages people (quite enthusiastically) to go read a book!