US President Condemns Donald Trump On Anniversary Of Capitol Riot 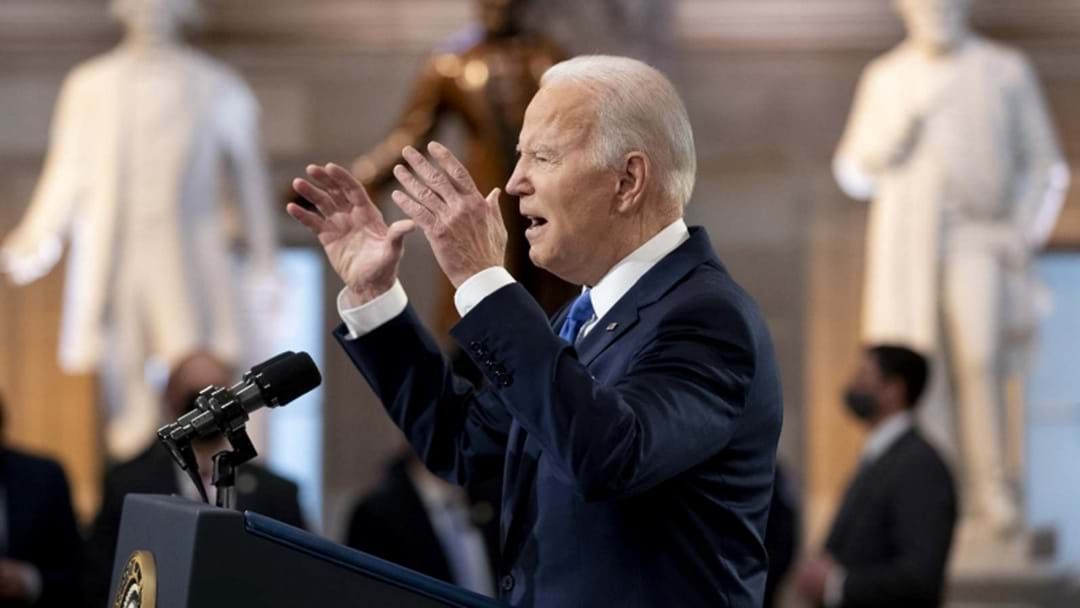 On the anniversary of the Capitol riot, US President Joe Biden has slammed his predecessor, Donald Trump.

Reluctant to talk about Trump directly since he took office last January, Biden used a speech on 6 January (US time) to denounce Donald Trump and his supporters for putting a "dagger at the throat of democracy."

Taking aim at Trump's "web of lies,” Mr Biden on Thursday described the Republican in his speech from Statuary Hall inside the Capitol as a cheat and egomaniac who would not accept defeat.

He also reprimanded Trump's supporters who stormed Congress to prevent certification of the election.

"This was an armed insurrection," Biden said. "For the first time in our history, a president not just lost an election. He tried to prevent the peaceful transfer of power."

"They came here in rage...and held a dagger at the throat of America," he said of Trump's supporters.

"I will allow no one to place a dagger at the throat of democracy."

The Democrat leader also warned Americans of ongoing threats by superpowers China and Russia, who were “betting that democracy’s days are numbered”.

“We cannot allow ourselves to be that kind of nation. The way forward is to recognise the truth and to live by it,”he asked.

"Are we going to be a nation that accepts political violence as a norm?"

Four people died on the day of the Capitol riot, while dozens of police were injured during the menacing attack from Trump supporters.

Further tragedies include one Capitol police officer who died the day after defending Congress, while four officers have since taken their own lives.