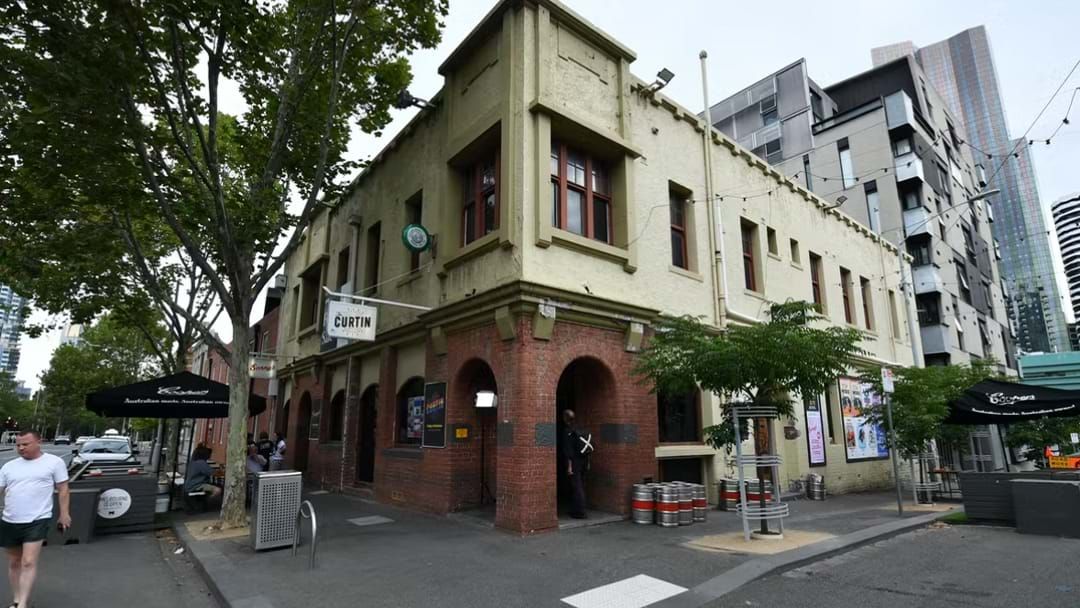 In a modern-day version of the 1970s 'Green Ban', Unions will refuse work over concerns of disrespecting the history, after the iconic pub was recently sold to offshore investors.

Former Prime Minister Bob Hawke utilised the hotel as his second office, while he was ACTU president before becoming the national leader.

The Curtin has links to the Victorian union movement and the Labor Party.

In February, the managers announced the building would be sold at the conclusion of the current lease.

While no information on buyers has been revealed, Victorian Trades Hall Council Secretary Luke Hilikari said members will not be asked to work on the project as it doesn't respect the hotel's significance.

"We are really worried that an international developer is going to come in and create apartments in a really historically important building for Melbourne," he said.

"We have tried on numerous occasions to reach out to the owners and the agents to try to make sure that we can talk to whoever's purchased it and they're just refusing to do that."

Hilikari said the revisiting of a green ban, which caused project closures in the 1970s, is a decision based on how serious the matter is.

"Green bans have made sure that we've preserved the heart of what is Melbourne. It's sad that we have to do this again but we have no other choice," he said.

"We're up for the fight, so if someone wants to rip this place down and turn it into apartments they can expect pretty rough going in Victoria."