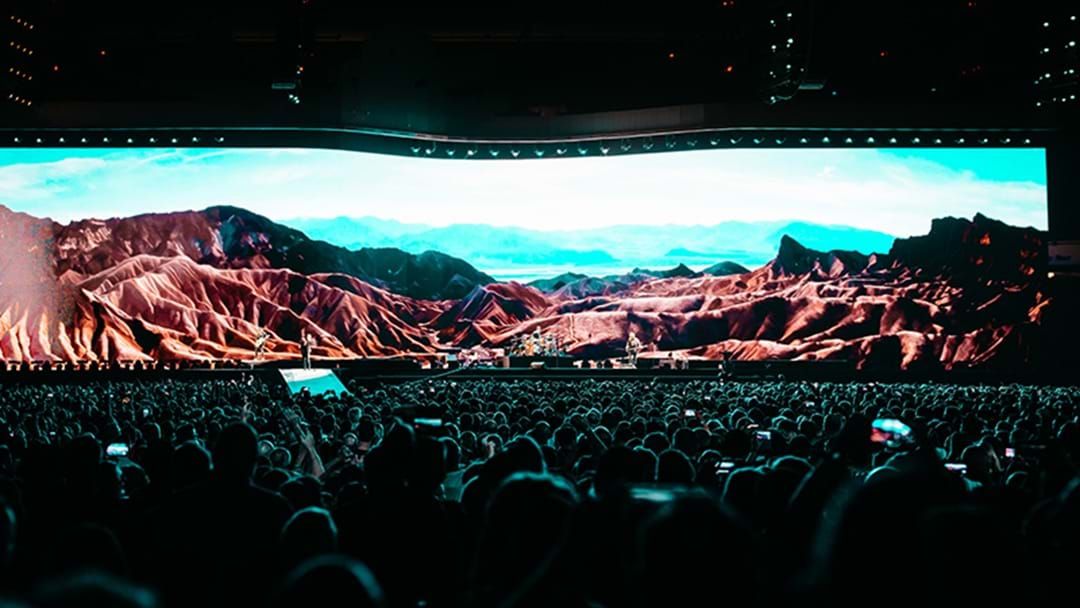 When U2 released The Joshua Tree in 1987, it didn’t sound like anything else in popular music at the time.

Fast-forward 32 years, and its legacy is undeniable, paving the way for other bands to explore new sonic territory, whilst wearing their hearts on their sleeves. The Joshua Tree was also the catalyst for U2 to become pioneers in a new modern phenomenon “Stadium Concerts”. This tour is no exception, with the largest 8K resolution screen to have ever been toured in Australia.

Ripping into "Sunday Bloody Sunday" on the branches of a humble Joshua Tree shaped stage, they powered through their early hits as a compact unit, pleasing the silver haired diehards. As they made their way up to the main stage the 60 metre screen came to life, drawing the crowd into the entirety of the “Joshua Tree”. With tracks like “Where The Streets Have No Name”, “I Still Haven’t Found What I’m Looking For”, “With or Without You” and “Bullet the Blue Sky” kicking off Side A. It isn’t hard to see why it’s a classic album.

After a short interlude, the boys were back to prove that they’re still a relevant stadium rock band. Where bands like Bon Jovi had failed in recent years, U2 - lead by Bono’s vocals - proved they still had it. As well as performing a string of post Joshua Tree hits, the show also included a visual roll call of pioneering trail blazing women in support of the ONE organisation’s Poverty is Sexist campaign. With images of Hannah Gadsby, Cathy Freeman and Greta Thunberg getting a rise out of the crowd.

Referencing the current fire crisis gripping the country, The night ended with “One”, a message of unity, and the need to tackle the current climate emergency together.