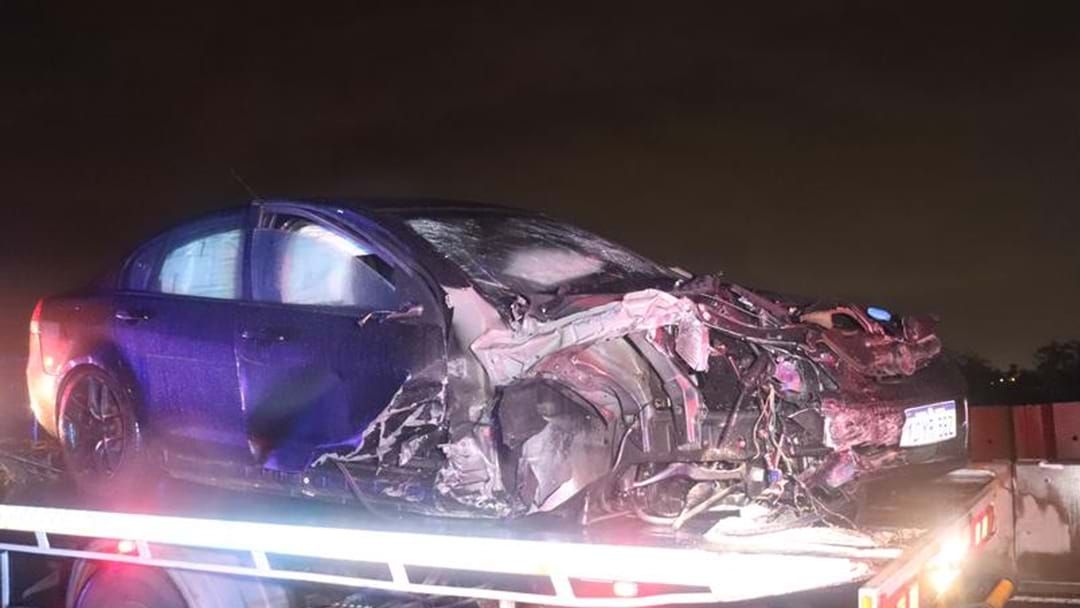 A collision between two cars overnight in Perth’s south-west has left two people with serious injuries.

Around 11pm on Thursday night, a black Holden Commodore and a red Honda Accord collided on Ranford Road in Canning Vale.

A 22-year-old male and 25-year-old female occupied the Honda which was totalled by the impact of the crash.

The two were rushed to Royal Peth Hospital with serious injuries, but in a stable condition.

A 24-year-old was also in the car but escaped with no injuries.

The 22-year-old driver of the Holden vehicle sustained non-life-threatening injuries and too was taken to hospital.

In pictures taken by News at Night, the Honda is pictured with a complete-smashed driver’s side and lost a tyre when it rolled.

The Holden’s bonnet and driver’s side is wreaked beyond repair, and had its windscreen shattered.

Police continue to investigate the incident and the cause of the crash.

Anyone with information, or who saw the two vehicles involved prior to the crash, is asked to call Crime Stoppers on 1800 333 000 or report the information online.