Four others have been hospitalised 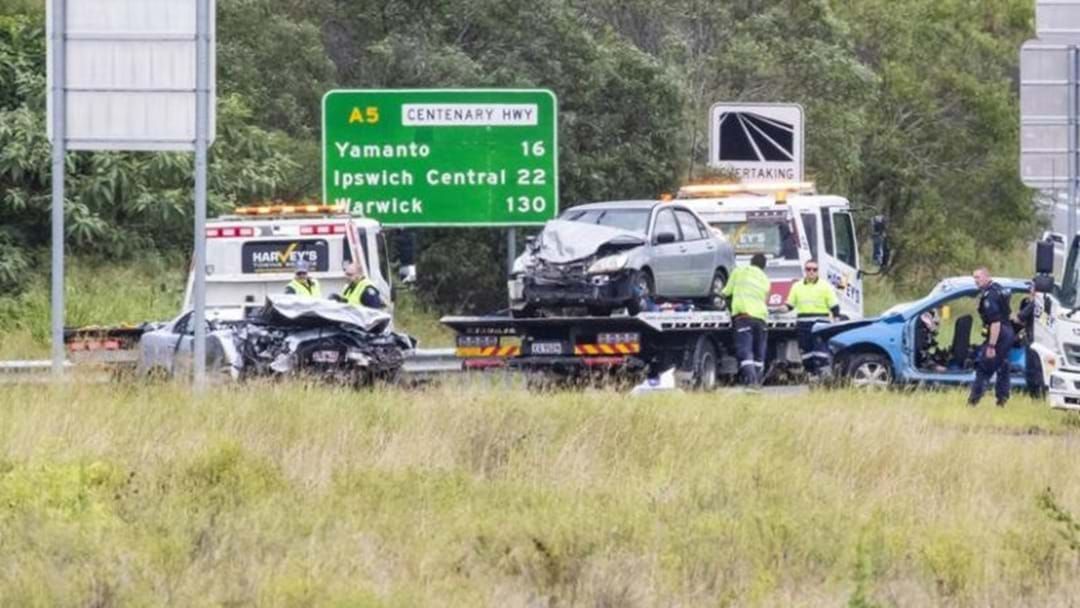 Two people have been killed in a multiple car horror crash near Brisbane on Mother’s Day.

At least three cars were involved in a fatal crash that occurred at Springfield in Ipswich on Sunday morning.

Two men have died and four others are being treated in hospital for critical injuries following the crash on Centenary Highway.

A Queensland police spokesperson said three people had to be cut from their vehicles after police arrived at the scene at around 6:20AM on Sunday morning.

Kev Morgan from the Queensland Ambulance Service said he was relieved there were few people around to witness the wreckage.

"It was quite confronting, there weren't many bystanders there which, when you looked at the scene, was probably quite good that not many people were out and about to see that incident," Mr Morgan said.

"Sadly, when these events happen on special days like Mother's Day or holidays, the impact is significantly high."

An off-duty paramedic was one of the first people to arrive at the scene where they attempted to treat multiple people.

According to Queensland police, one of the vehicles heading west along the highway is believed to have drifted onto the wrong side of the road before colliding with two oncoming vehicles.

The 22-year-old Logan man who was driving westbound in a Mitsubishi died at the scene.

The 22-year-old passenger of the Mitsubishi was transported to hospital where he is being treated for serious injuries.

A 30-year-old Mount Warren Park man who was driving east along the highway also died at the scene.

The two passengers of the eastbound vehicle, a 28-year-old man and a 32-year-old woman, were transported to hospital to be treated for serious injuries.

A 24-year-old woman who was driving a third vehicle has also been transported to hospital to be treated non-life-threatening injuries.

Police are asking anyone who may have dashcam footage of the incident to come forward.

A full investigation has been launched into the crash.