Both men to face court 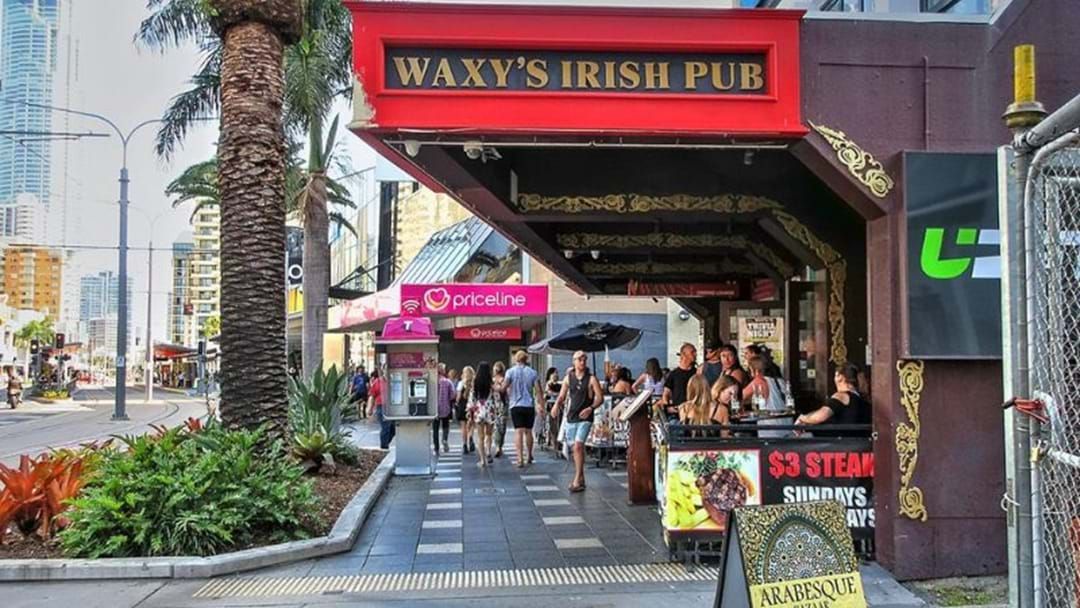 Police have charged two men with assault following a brawl at Waxy’s Irish Pub in Surfers Paradise over the weekend.

Two men have been banned from returning to the Gold Coast Safe Night precinct after allegedly assaulting a security guard.

According to police, the brawl broke out after a 29-year-old Pimpama mand and a 31-year-old Coorparoo man were denied entry into the Surfers Paradise pub at around 8:30PM on Sunday evening.

A spokesperson for Queensland Police told the Gold Coast Bulletin the 42-year-old security guard was allegedly “crash tackled” into the pub after refusing the two men entry based on responsible service of alcohol regulations.

“They didn’t like that, so they assaulted the security guard at the entry, on the door. They crash tackled him and it spilt into the bar area,” the spokeswoman said.

“They were wrestling with him and another member of staff became involved as well.”

According to the spokeswoman, a number of patrons attempted to separate the two men from the pub staff.

“The two guys left and were arrested by police nearby,” she said.

Emergency services were called to the scene where they treated the security guard for serious injuries.

The 42-year-old old when then transported to Gold Coast University Hospital to be treated for “head and neck injuries”.

The two attackers have since been charged with assault occasioning bodily harm in company and refusing entry to enter licenced premises.

The men are both set to face court later in the year.