Both have been released on bail 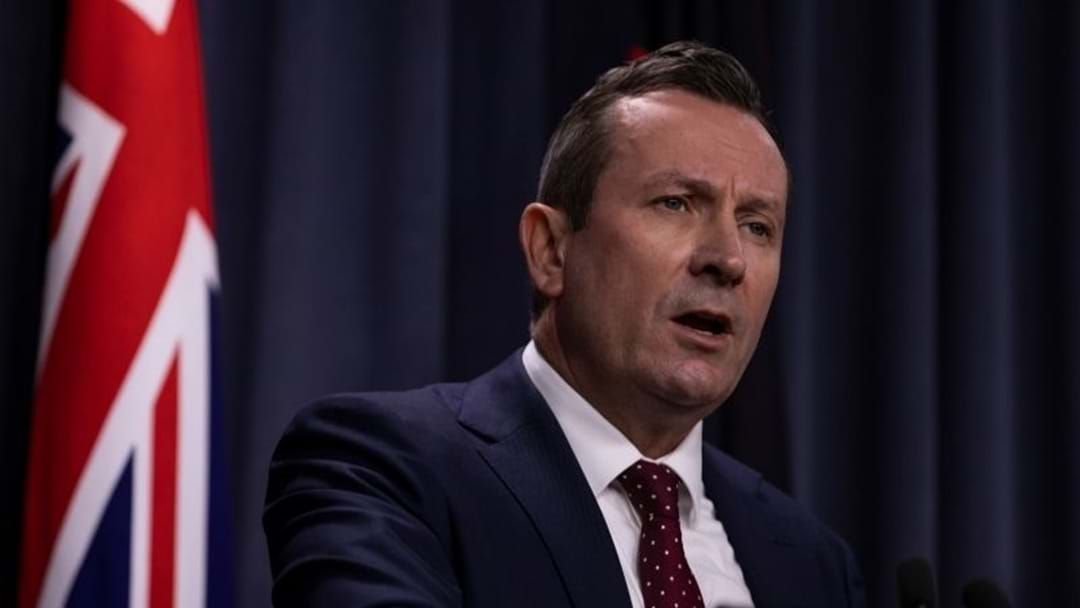 Police have charged two men over threats made against WA Premier Mark McGowan and his family.

Mr McGowan received the threats via phone and in the form of a package mailed to the premier’s Rockingham electorate office back in February.

Police have charged a 58-year-old Melville man and a 52-year-old Mahomets Flats man over the threats.

The 58-year-old man has been charged with making a statement or doing an act to create false apprehension as to the existence of a danger or threat.

The 52-year-old has been charged with making a threat to unlawfully do an act, possessing a prohibited drug and possessing drug paraphernalia.

Premier Mark McGowan revealed that he had received threats against both himself and his family in February of this year which he indicated was likely related to anti-vaxx mandate protests.

Mr McGowan was last year forced to close his electorate office after receiving death threats against himself and his staff over vaccination mandates.