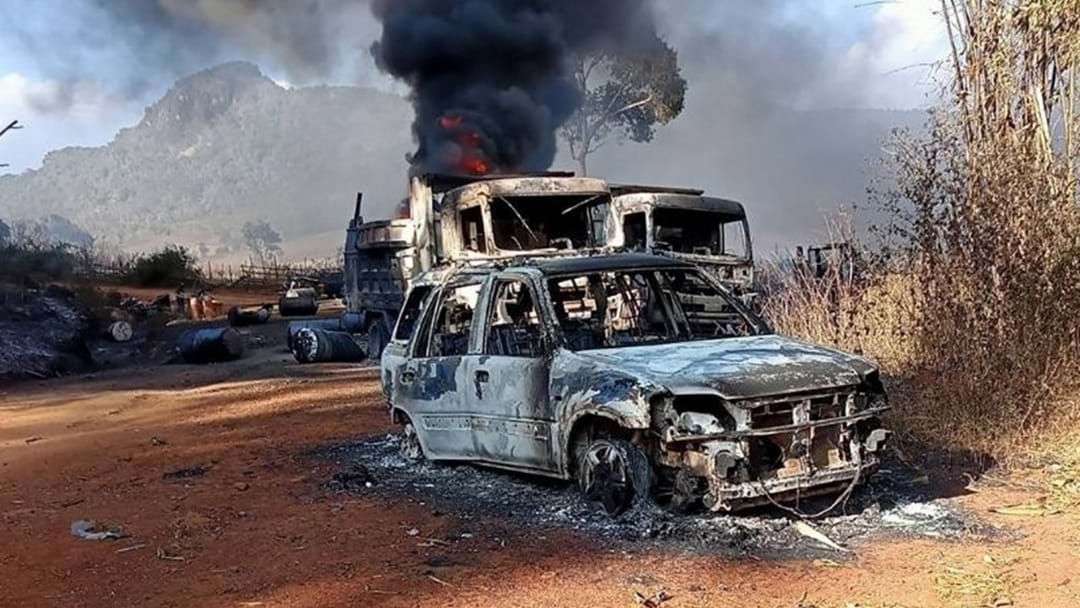 Humanitarian group Save the Children has revealed that two aid workers were among the dead following the Christmas Eve attacks in Myanmar.

There have been at least 35 confirmed deaths including women and children following the attacks in eastern Myanmar.

The attack was believed to have been launched by the country’s military forces.

Save the Children released a statement acknowledging the death of their staff, however, were unable to reveal the names of the deceased due to security reasons.

According to the statement, the two men had been conducting humanitarian activities in a community nearby and were on their way back to the office when they were confronted with the attack.

The other victims included multiple women and children whose charred remains were located alongside burnt out vehicles in Kayah state.

The group were attempting to escape the area when they were confronted and shot by government troops.

Following the attacks, the humanitarian organisation has asked the U.N Security Council to take further measures against those behind the attacks and to enforce an arms embargo on the government regime

"This news is absolutely horrifying. Violence against innocent civilians including aid workers is intolerable, and this senseless attack is a breach of International Humanitarian Law,”

We are shaken by the violence carried out against civilians and our staff, who are dedicated humanitarians, supporting millions of children in need across Myanmar”.

U.S. Secretary of State Antony Blinken agreed with the push to have weapons embargoed saying more should be done to prevent another massacre "including by ending the sale of arms and dual-use technology to the military."

This is not the first time the military has been accused of attacks after overthrowing the elected government at the beginning of 2021 and jailing political representatives including former leader Aung San Suu Kyi.