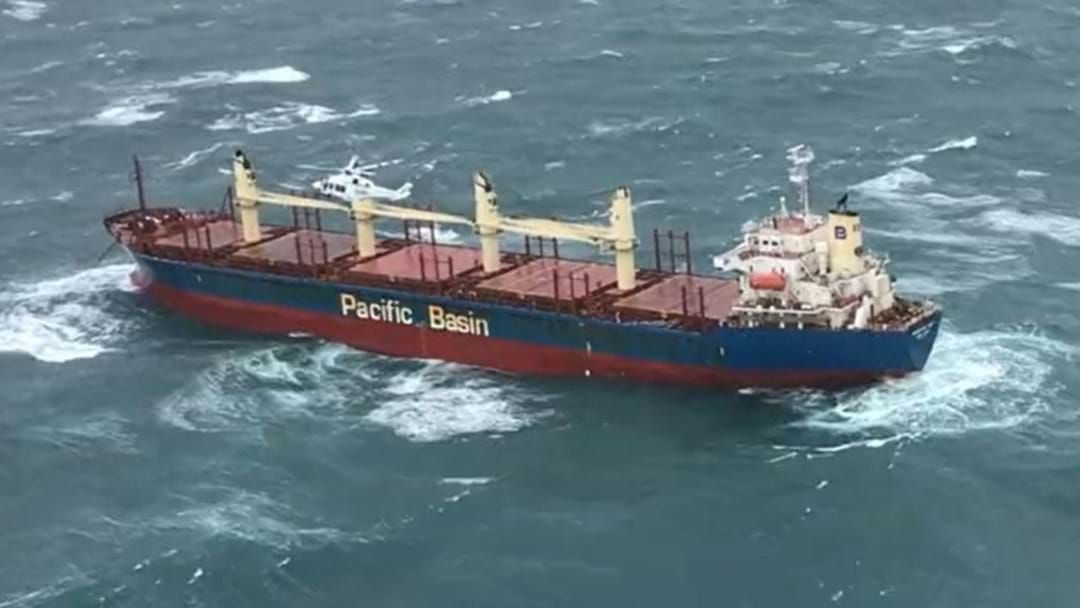 A delicate rescue operation is underway after a cargo ship became stranded off the NSW coast.

Spotted adrift in waters east of Garie Beach, the Australian Maritime Safety Authority released a statement on Monday that said they are assisting the NSW Port Authority in a rescue mission.

“The 170m vessel, the Portland Bay, lost main engine power this morning and is drifting off Garie Beach,” the statement said.

“A salvage towing vessel has been tasked from Port Botany…Also responding are NSW Water Police tugs from Port Botany, the Volunteer Marine Rescue service, the Australian Navy and emergency services.”

“We have dispatched here in New South Wales, a small tug [boat] and a larger tug is now on the way from Port Botany,” Premier Dominic Perrottet said.

“The New South Wales Government is continuing to work with Commonwealth agencies to ensure that that situation is rectified as quickly as possible, ensuring that all 21 crew on board are lifted to safety.”

Following the failed attempt of multiple helicopters to winch the crew off of the ship, tug boats are instead going to try and tow the vessel out to sea to keep it off the shoreline south of Sydney.

Authorities along with the ship’s crew will then try to fix the engine failure once the vessel is further out to sea.

"Unfortunately, we just happen to be in some atrocious conditions at the moment," the authority's incident controller John Finch said.

"We've got eight-metre swells out there."