The couple detail the incident 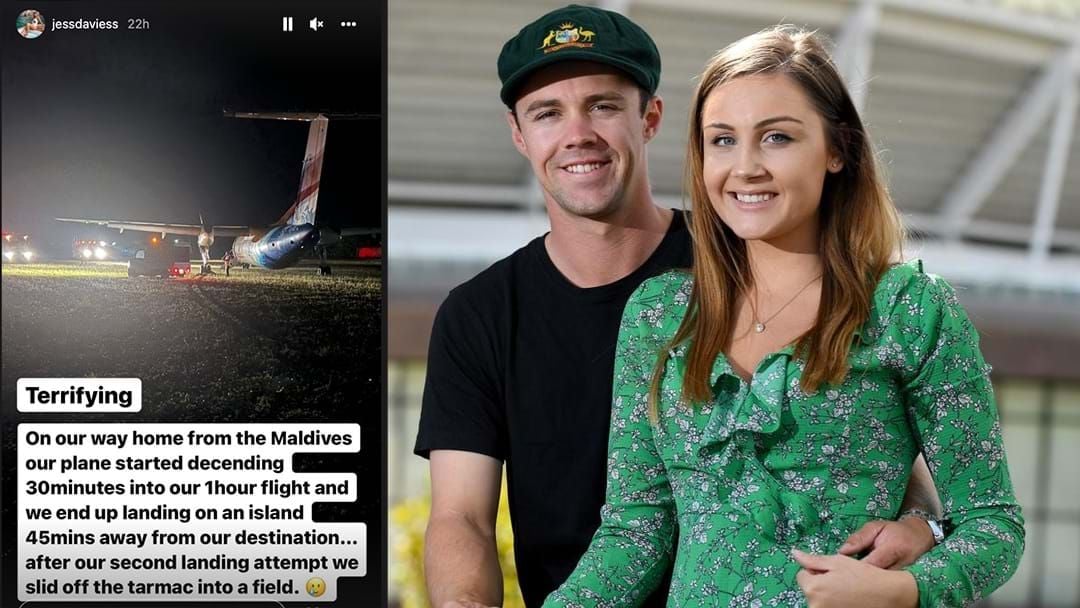 Australian Test cricketer Travis Head, along with his pregnant partner Jessica Davies, have endured a "terrifying experience after their plane was forced into an emergency landing.

Following a get-away trip to the Maldives, their homecoming plane began to descend 30-minutes into the flight.

"We ended up landing on an island 45 minutes away from our destination," Davies wrote in an instagram post.

Their Maldives airplane then attempted an emergency landing soon after the frightening turbulence.

"After our second landing attempt, we slid off the tarmac into a field."

"Then some passengers got aggressive towards staff because they locked us into a room without water, phone signal or any communication for 45 minutes, which only scared people more.

Both Davies and Head walked away unscathed following the incident.

Head is coming off a breakout summer with the national side, named player of the series in the 4-0 Ashes win over England.