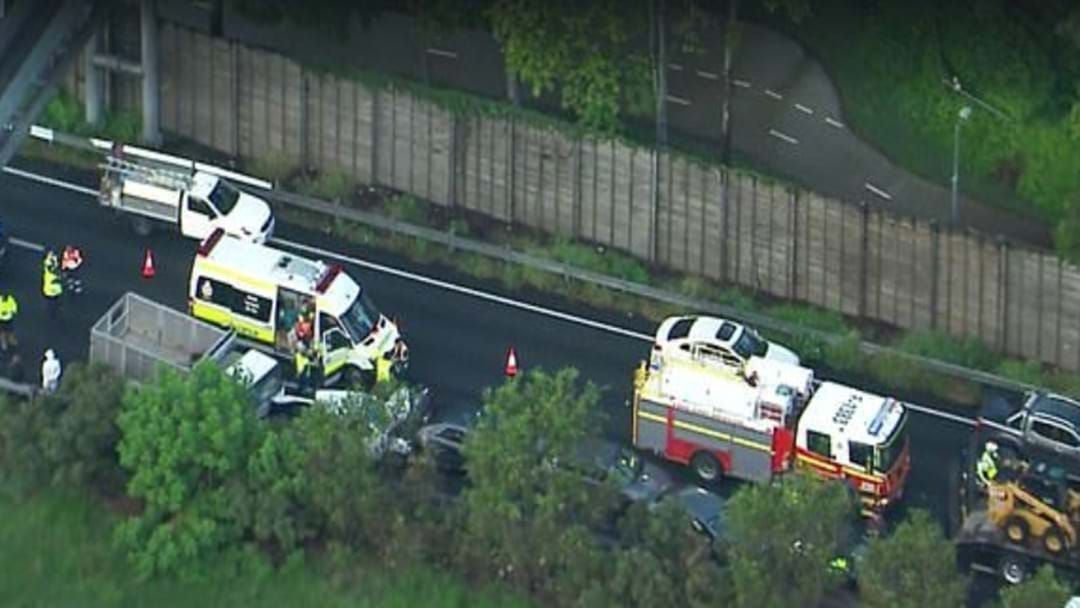 Massive delays on the Pacific Highway heading into Brisbane this morning after a 15-car pile-up.

The major collision occurred about 6am on Tuesday at Greenslopes in northbound lanes, with wet weather behind the significant crash.

The Queensland Ambulance Service said six injured people had been transported to hospital, while another seven had been assessed at the scene.

As a result of the crash, the northbound lane has been forced to close, causing traffic to bank up.

The M1 remains completely out of action from Greenslopes with diversions at Gaza Rd and delays as far as the eye can see.

Queensland police are warning of major delays and urging commuters to avoid the area.

“The Pacific Motorway is completely BLOCKED northbound before Juliette Street at Greenslopes due to a multi vehicle crash,” they said on Tuesday morning.

“There were a few people injured as a result of this traffic accident and they’ve been taken to local hospitals for observations and treatment but there were no serious injuries fortunately.”