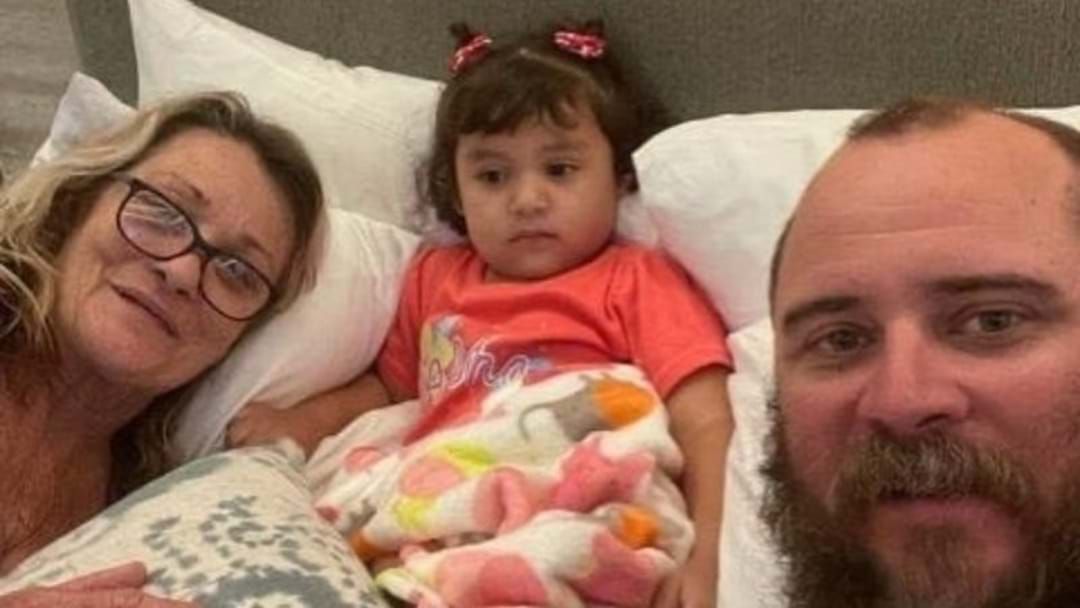 The two-year-old girl who was found abandoned at a church in Mexico has been reunited with relatives as authorities continue to search for her mother.

Queensland woman Tahnee Shanks was reported missing after her two-year-old daughter Adelynn was found alone at a church in Cancun.

Ms Shanks’ mother and brother have since collected Adelynn from Mexico and are now working to have her transported back to Australia on an emergency passport.

"Our immediate goal is to get Addy, her uncle and grandmother home safely as soon as possible," the family said in a statement.

"With several hurdles and red tape, this may take some time.

"We remain deeply concerned for the safety and whereabouts of Adelynn's mother Tahnee."

The family have offered a $5,000 reward to anyone who can provide information that leads to the discovery of Ms Shanks’ whereabouts.

Ms Shanks was vacationing with Adelynn’s father Jorge Aguirre Estudillo in Mexico at the time of her disappearance.

Family members told authorities that Ms Shanks’ planned to travel back to Australia following the breakdown of her relationship with Mr Estudillo.

A number of witnesses have said they saw Mr Estudillo abandon Adelynn at the church last Sunday.

Mr Estudillo is currently wanted by police for questioning over Ms Shanks’ disappearance.