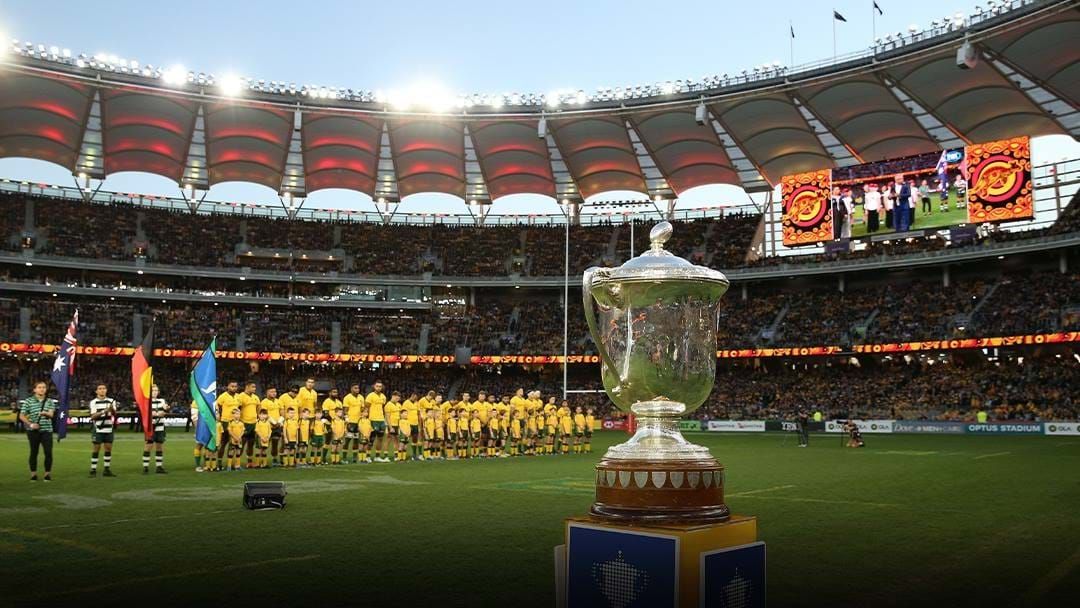 Perth are expecting a big turnout hosting the major Bledisloe Cup match between the Wallabies and the All Blacks, tickets to event are now on sale!

As a part of a cracking Rugby Championship schedule, became available on Wednesday morning for Australian and New Zealand fans.

The Optus Stadium spectacle will play host to the only test match on home soil this year, showcasing one of the world's biggest sporting rivalry.

Contested by the Trans-Tasman national rugby union teams. The 2019 Perth edition currently holds the sporting event attendance record at Optus Stadium, over 61,000 people watched the Wallabies take down the All Blacks.

In a statement from the West Australian government, there was an alarming need for at least one game to return to the city of Perth.

"Nearly 7,400 visitors from outside the State travelled to Perth for the occasion," the statement read.

"More than 1.85 million viewers across the nation and in Tourism WA's key international markets, including New Zealand, tuned into the television broadcast of the match."

In partnership with the Tourism WA, Rugby Australia plan to go bigger and better with this year's event.

"The Bledisloe Cup is a proven drawcard for rugby fans to visit our State and I encourage them to act quickly to get their hands on tickets and book a longer stay in WA," said Templeman.

"As well as all the on-field sporting action and our vibrant city, they can enjoy more of what WA has to offer, including the warmth and wilderness of the State's north, or the vineyards and forests of the Margaret River Region."

The blockbuster will showcase what Perth can do with major sporting events, and the reach of rugby union fans across the state.

"All eyes will be on our State when this great sporting rivalry returns to Perth," Sport and Recreation Minister Tony Buti said about the opportunity.

"Based on the sell-out success of WA's first Bledisloe Cup in 2019, I'm predicting a great response to the ticket release for this year's WA game.

"The Bledisloe Cup is elite-level union at its finest and the opportunity to witness it in-person here in the West will be a huge drawcard for aspiring young players, fans and families alike."

Catch up on the latest headlines on The Western Australia Briefing. Available on Listnr.