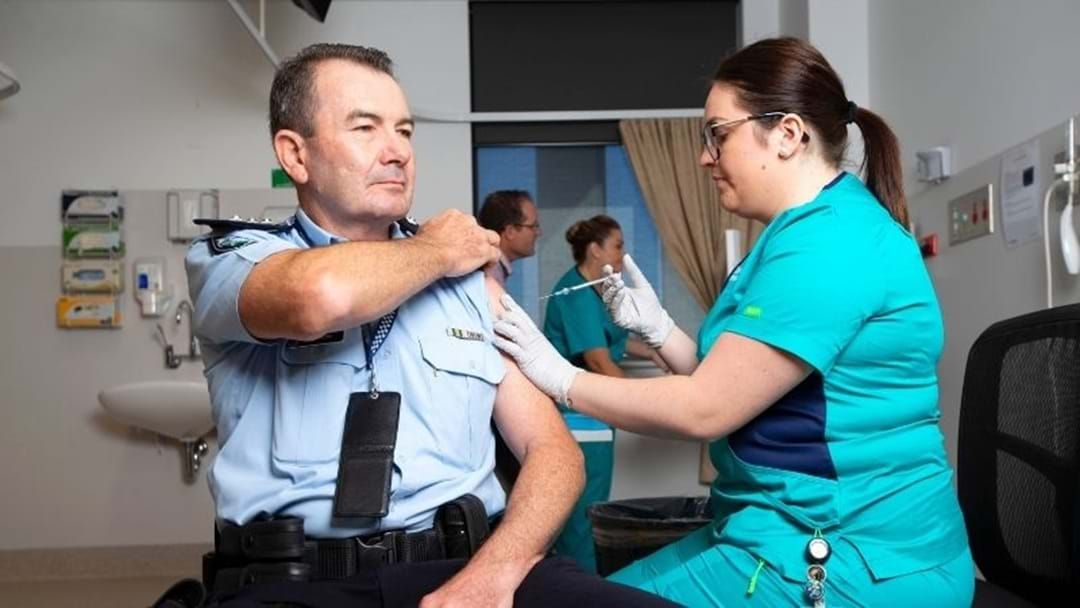 As of last week, the cut off for health workers and QPS staff to get their jabs has passed leaving hundreds of staff on suspension.

The cut off for QPS staff was December 17 while health workers had until December 15.

According to the new data, approximately 100 QPS staff and another 71 support staff have been put on suspension as of December 19 due to the new vaccination mandate.

Despite the drop in staffing numbers, a QPS spokesperson assured that they have enough staff to cover any potential Covid issues.

The statement comes after 52 police officers were sent into isolation after a fellow officer tested positive for Covid at the Surfers Paradise police station on Tuesday.

At least 49 Beenleigh police officers were also sent into isolation after another officer tested positive to the virus.

Not only are police now expected to comply with the vaccination mandate, according the QPS spokesperson, they are also expected to receive their booster shot as soon as they are eligible.

“A new direction was issued [by Commissioner Katarina Carroll] on December 14 requiring all members to receive a second dose of a COVID-19 vaccine by December 17, 2021, and a booster dose no more than one month after eligibility in accordance with ATAGI advice at that time,” the spokeswoman said.

“It is important the Queensland community has confidence and feels safe when interacting with their police. Employees who refuse to follow the Commissioner’s direction will be suspended from duty, with pay initially.”

A small percentage of the health sector have also dug their heels in when it comes to the vaccine with at least 114,874 health employees asked to comply with the mandate and another 2131 choosing to oppose the mandate.

As a result of the decision to suspend staff who do not comply with the mandate, there are now several people challenging the mandate in the Brisbane Supreme Court including paramedics, police officers and other health workers.

As the state government continues to enforce mandates on health and QPS staff, the borders are now open to interstate travellers and Covid case numbers are already on the rise.