This Dad's Reaction To Meeting Janet Jackson Is Priceless 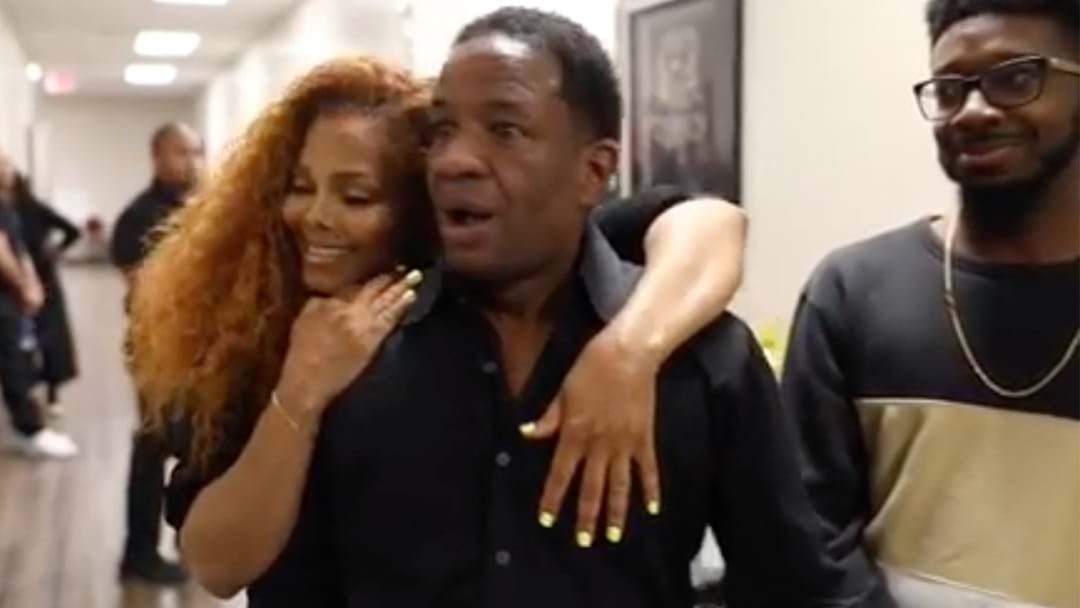 The countdown is on until Janet Jackson touches down in Australia for RNB Fridays LIVE and ahead of her arrival, Janet has surprised one of her biggest fans in the cutest video ever!

It all started when KB Strawder Jr. and his brother gave their dad tickets to go see Janet in her "Metamorphosis" Las Vegas residency show.

This was his reaction.

THEN at the show, KB and his Dad headed backstage and were stopped by a film crew to chat about how much they enjoyed the show. What they didn't realise was Ms. Jackson was standing RIGHT behind them!

Don't miss out on your chance to SEE Janet when she tours Aus with RNB Fridays LIVE, grab your tickets here.