These Are Some Of The Worst Baby Names In The World

Along with their awful meanings... 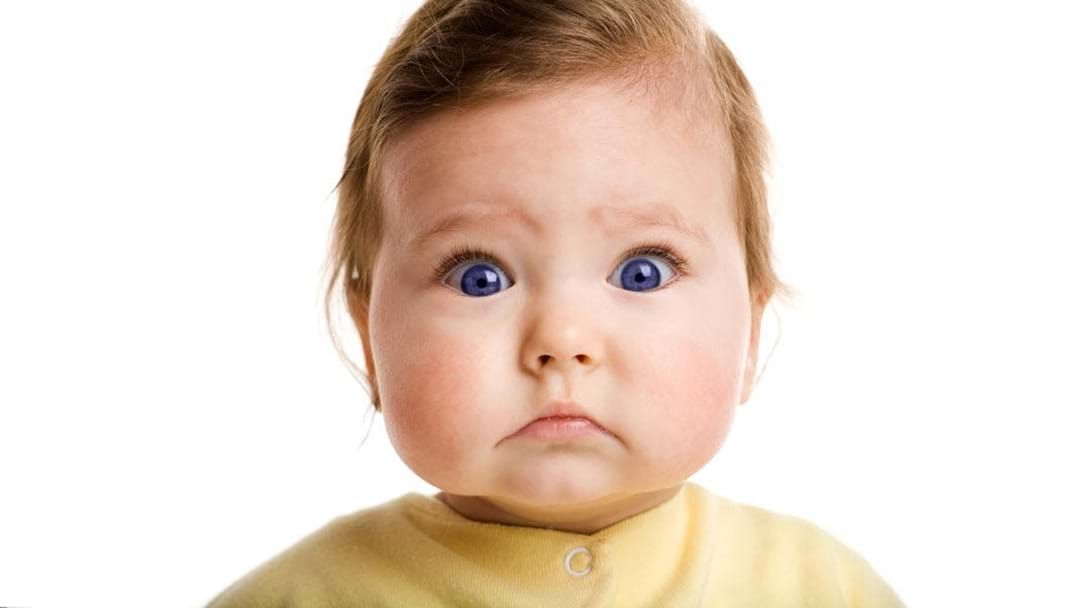 We can only imagine how hard it would be to choose a baby name… like your kid literally has to have that name until the rest of forever.

So, if you’re currently expecting… or if you’re planning on adopting a fur baby, these are the names you probably want to avoid for many reasons.

Sometimes a name can sound perfect … until you realise the meaning of the name and everything just goes out the window.

Thankfully lifestyle.one has come to the rescue and put together a list of the worst baby names they have ever heard to stop other humans making some regretful choices.

The meaning of this African name is "dead and awake" – not very cheery for a new life!

Although this pretty-sounding Latin name may be your name of choice, you may want not want to tempt fate as it means "blind".

Again, you might want to avoid this feminine of Latin Claudius as it means "lame" or "disabled".

This Celtic and Gaelic name unfortunately means "sorrowful" or "sad one".

You'd already be off to a bad start as this Shakespearean character is murdered by her husband, Othello. Never mind that this Greek name means "of the devil", "ill-fated one" and "misery".

This Spanish name sadly means "lady of sorrows" – you don't want your little girl to become one of those, do you?!

Emily is an English version of the Latin Aemilila, which comes from the word for "rival".

This Greek goddess of witchcraft is probably not a good omen for your little'un.

A unisex name of Celtic and Gaelic origin, and is often a surname too – meaning "deformed head".

Once used as a word to shame women, this Hebrew name actually means "an impure follower of idols".

The name Leah actually has many different meanings in many languages, but in American or Hebrew-speaking families this name means "tired or weary".

It's so close to the pretty flower name Lily, that we wouldn't have thought Lilith would be anything but lovely and pretty. But it turns out that this Hebrew name means "night monster" or "ghost".

Lola is actually a diminutive of Dolores (who knew!) which is above, meaning "lady of sorrows". Oh dear!

This German name is another pretty-sounding name, but deriving from Lurlei which means "ambush cliff", Loralei actually means "she whose singing lures men to destruction". Yikes!

You just can't get any worse than this unisex French name – it means "unfortunate" or "ill-fated".

This feminine version of Shakespeare's Malvolio translates to "ill will"

See, although this name DOES mean "bitter" or "sorrow" in Hebrew, and is also a Hindu goddess of destruction, Mara does mean "sea" in Gaelic. So, you know, there's that...

SURELY the mother of Jesus has a name which is holy and wonderful? Unfortunately not. Mary means "rebellion" or "bitter" in Hebrew.

We're not sure what's going on with these three but yet again, Molly also means "bitter".

There are two ways you can look at this name. The Narcissa flower is more commonly known as a daffodil – you know, those beautiful yellow flowers which signify the beginning of Spring! But it sadly also links to the word narcissistic, which means to be obsessed with yourself.

This Italian name means "darkness". Which isn't necessarily a BAD thing, but...

You'd probably rather hear about the Shakespearean character, who was rich, beautiful and intelligent. But the word Portia derives from a word for... well, pig.

Again, there are two ways to think about this name. Yes, the first is the meanings of "to destroy" and "murder". But bear in mind that Persephone was the Greek goddess of Spring!

Although this biblical woman is normally looked up to, being one of the main characters in the bible, the name actually means "to bind", "to tie" or "snare".

This name is a Latin name meaning "evil nymph". You don't want one of those on your hands!

This Gaelic name is slightly ambiguous – yes, it means "warrior" or "fighter", but that's not ALWAYS a bad thing, is it?

YIKES – translated into Hebrew, Abaddon means "Angel of death". He's also the king of a locust army in the New Testament.

Anyone considering naming their sprog after Mad Eye Moody in Harry Potter, think again. This name is Ancient Greek for "persecutor" or "tormentor".

Biblical groups cite his name as an "evil demon" or "evil spirit", or even a "fallen angel".

When used as a first name, this Gaelic name is Anglicised and means "sorrow" or "sadness".

Another Irish name, and it also means "sadness".

It's not as concerning as some of the other names on the list, but Byron is derived from Old English "byre", which means "cowshed".

Derived from the French "chauve", meaning "bald"... Don't do it!

Could be worse, but this Scottish name means "crooked nose".

In Irish legend, Cessair was the granddaughter of Noah and died in the flood. This name means "sorrow" or "affliction".

This Indian name derives from the Sanskrit word Dasa, which means "servant" or "slave"

Well, for starters, it's too close to Dracula for our liking. Even worse than that, it actually means "devil" or "dragon".

This well-sounding name is of English origin – but it means "inhospitable place".

This Hebrew name means "he makes sorrowful", and apparently his mother said: "I gave birth to him in pain".

Although Jacob helped to found the 12 tribes of Israel in the bible, the name actually means "supplanter" – which is someone who takes the rightful place of someone else.

James is derived from Jacob, which as above means "supplanter".

This Native American name translates to "valley of the dead oaks". Not a pretty picture.

As seen in the girl's list, this unisex name means "deformed head".

Another unisex name mentioned in the girl's list, this French name means "unfortunate" or "ill-fated".

Although it might just be short for Mortimer, this name means "dead" in Old French.

It's not far away from Oliver is it? But it actually means "poisonous flower". We'd stick to Oliver if we were you.

This name sort of makes sense as it means "fear", similar to the word phobia.

This Hebrew name means "venom of God" or "blindness of God" and was an archangel in folklore. Yikes!

This name is the Yiddish word for "devil".

Than is a Greek name for "death" – how morbid!

This Celtic name has many meanings, but one of them is "sorrowful" or "sad".

In this day and age, your little one may be nicknamed "Uber", whether you like it or not. Never mind that it actually means "evil".

This is another unisex name which means "the dead".

Well, there you go.

Thank you lifestyle.one for helping with this baby name process.