newsThere's been a break in the case of the creepy notes in Edmonton letterboxes.

There's been a break in the case of the creepy notes in Edmonton letterboxes. 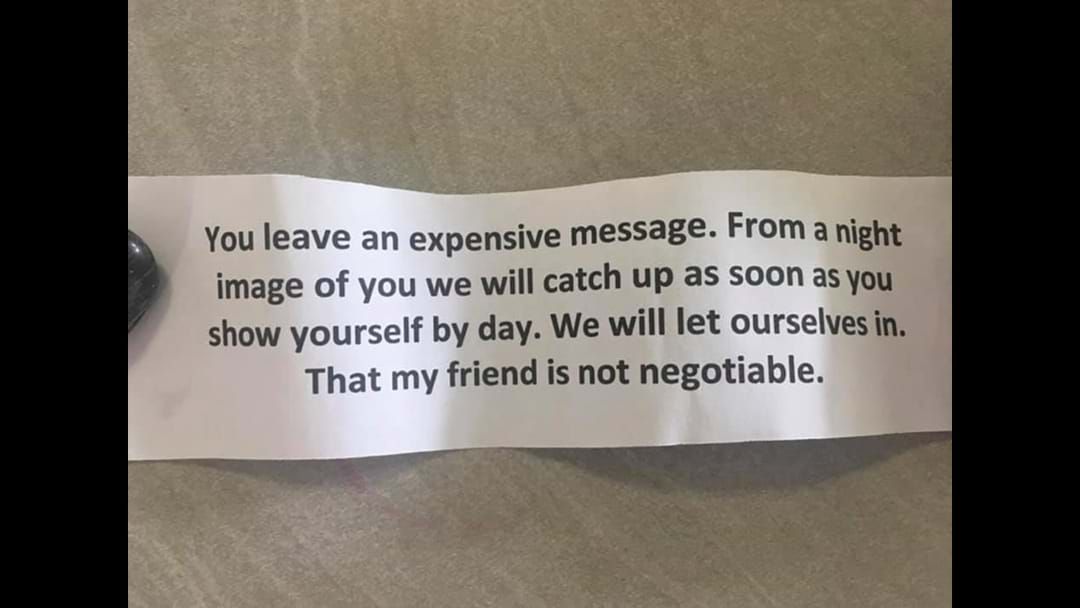 Police have received information from concerned residents in the Edmonton and Whiterock areas that a youth has delivered type written notes into letterboxes.

It’s believed the notes may have some reference to a television show.

Police do not believe there is cause for alarm and don’t believe the notes are linked to property offences, however, they are appealing for information to identify the youth.

The teen was last seen in Millhouse Close, Edmonton at about 12.20am yesterday delivering notes and is described as male, approximately 16-years-old and thin build.

Police are appealing for witnesses that may have CCTV vision of this youth to contact police on 131 444.