The Rubens Are Coming To The Coast With Chucka Bucka's Regional Tour! 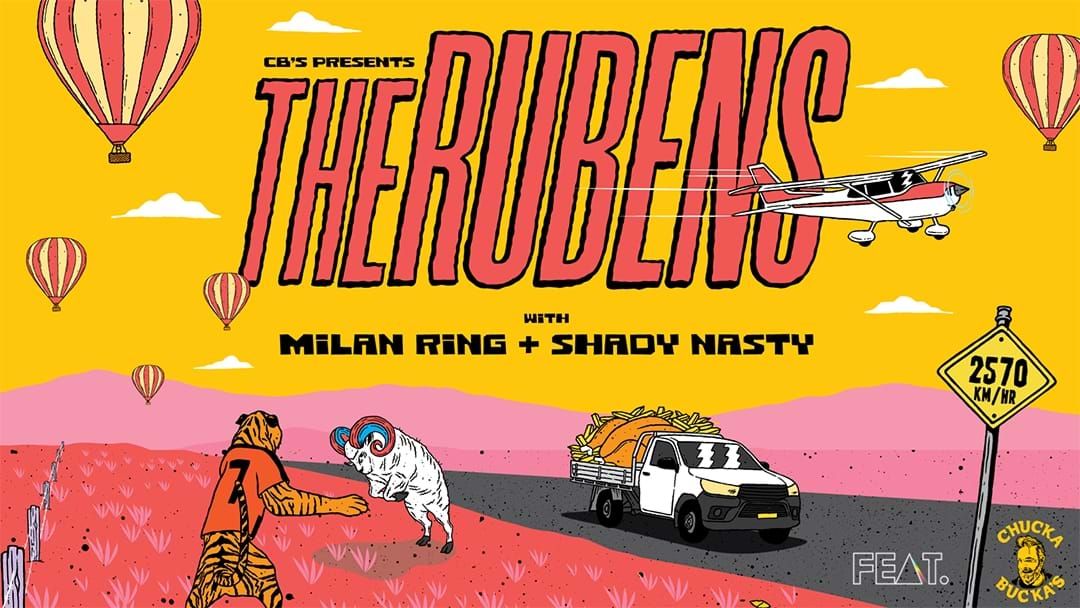 Last year The Rubens spoke at the NSW Parliamentary Enquiry regarding the state of live music in NSW, conveying passionately the importance of small venues and the ecosystem they exist in, and how critical this is in developing careers in music. When The Rubens first started playing shows, it was instrumental.

As a reactionary measure, they decided they needed to do their bit to help grassroots music:

Welcome Chucka Bucka's, a brand that The Rubens have established to do just that; support new and emerging bands.

Since November last year, the band have been running monthly nights at The Botany View Hotel and have announced the inaugural Chucka Bucka’s Regional Tour!

The concept behind this tour is to take emerging artists on the road into new and more remote markets, to help raise their profile and also to build touring circuits in regional hubs across the country for music fans and new audiences!

The Rubens welcome two of their most loved emerging bands, Milan Ring and Shady Nasty to do 9 dates across New South Wales in July & August!