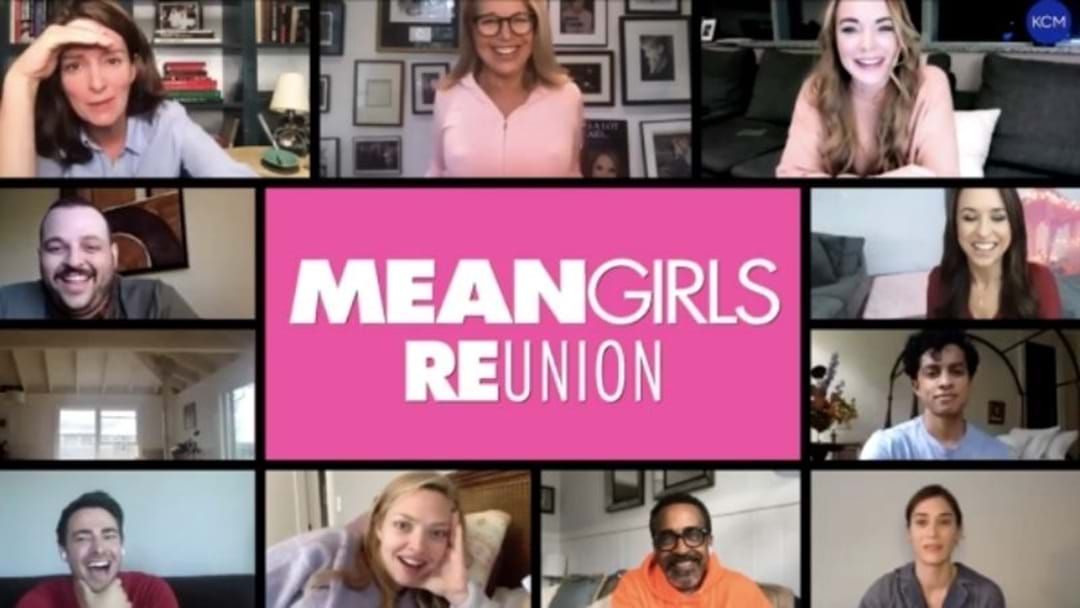 The US elections are only one month away and celebrities have been coming together to encourage their fans to register to vote.

But in arguably the best plea to yet, the stars of the cult classic Mean Girls have come together for a reunion we didn't know we needed and it's everything we could have dreamed of.

Lead by Katie Courac, who took the place of "Cool Mum" Amy Pohelr who was absent from the reunion, the rest of the cast reminisced over their favourite parts of the 2004 movie.

The cast, including Amanda Seyfried, Tina Fey, Lindsay Lohan, Rachel McAdams and other cast members opened up about what it was like to play their iconic characters.

Amanda Seyfried, who played stereotypical "dumb blonde" Karen Smith, explained why she enjoyed playing Karen, admitting she played a similar character in High School to stay out of drama, which apparently worked like a charm.

Lacey Chabert, who played Gretchen Wieners, talked about falling in love with her character and enjoying how "intensely insecure" and "vulnerable" Gretchen was and how that made her more likeable.

Lindsey Lohan, who we've seen on our screens more recently for The Masked Singer, admits she initially preferred the role of Regina George, but quickly changed her mind after reading the script and following Cady Heron's emotional roller coaster, which she related to on a personal level.

The hilarious teen movie, quickly became an absolute hit back in 2004, attracting a loyal cult following who still ironically use iconic catch-phrases like "That's so fetch" and "Raise your hand if you have ever been personally victimized by Regina George?"

In 2017, the screenplay was translated into a Broadway musical, which is now being made into a musical movie... a bit confusing, I know.

Comedian Tina Fey, the master behind the writing of the original hit movie, explained how fans can have their say on who is cast in the upcoming musical movie adaption by following the link through to the website and for those super fans out there, you can also register to have your name featured in Regina George's famous "Burn Book".

Check out the full reunion below...

Something fun for this tumultuous time. Thanks to all of you, we reached our goal with @headcountorg to get over 5,000 voter activations! To celebrate that - Tina Fey and I got the whole gang back together for a Mean Girls Reunion! Happy #MeanGirlsDay 😃 PS: It’s exactly 1 month from election day so please please make sure you are registered and have a plan to #vote on November 3rd - it’s so important! We can still keep the momentum going - head over to the link in my bio to learn more. @lindsaylohan @mingey @thereallacey @anagasteyer @whatsupdanny @jonathandbennett @rajivsurendra @headcountorg @meangirls @meangirlsbway