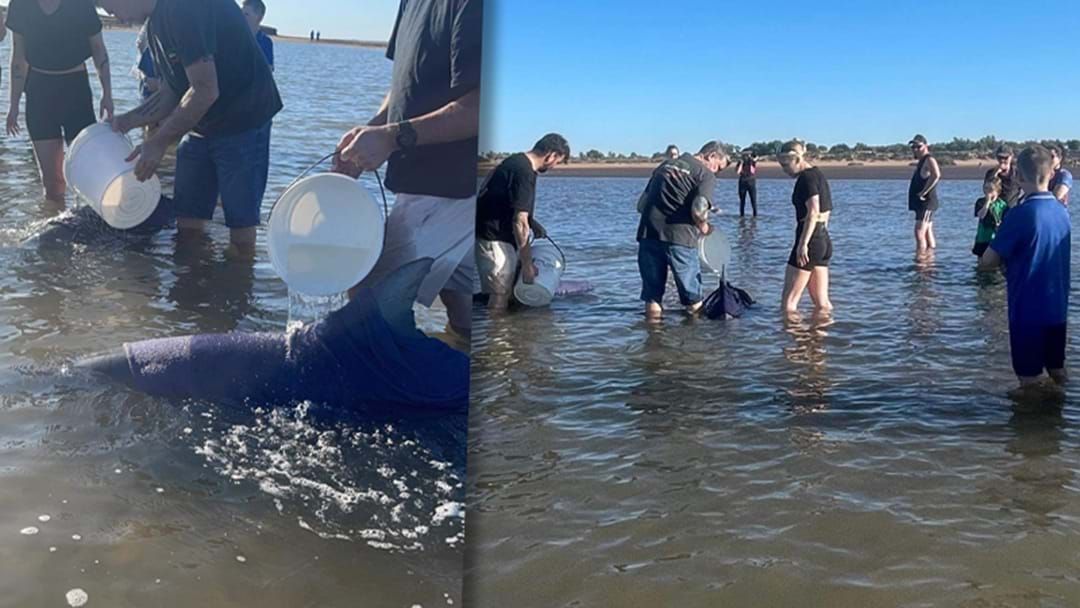 As you might have seen on various socials yesterday, a bunch of Port Hedland legends banded together yesterday to rescue a pod of stranded dolphins.

As you'll hear below from Claire, it wasn't as simple as trying to lift them back into deeper water.

"The real stars of the day were the two guys, they managed to get them into shin deep water,

"The other two heroes were two ladies who were actually prepared, they brought down buckets, it was pretty full on."

Can you even believe that there was a Marine Biologist present to help out. What are the odds? (this one's for you Seinfeld fans).