"It's still a bit of a sore topic" 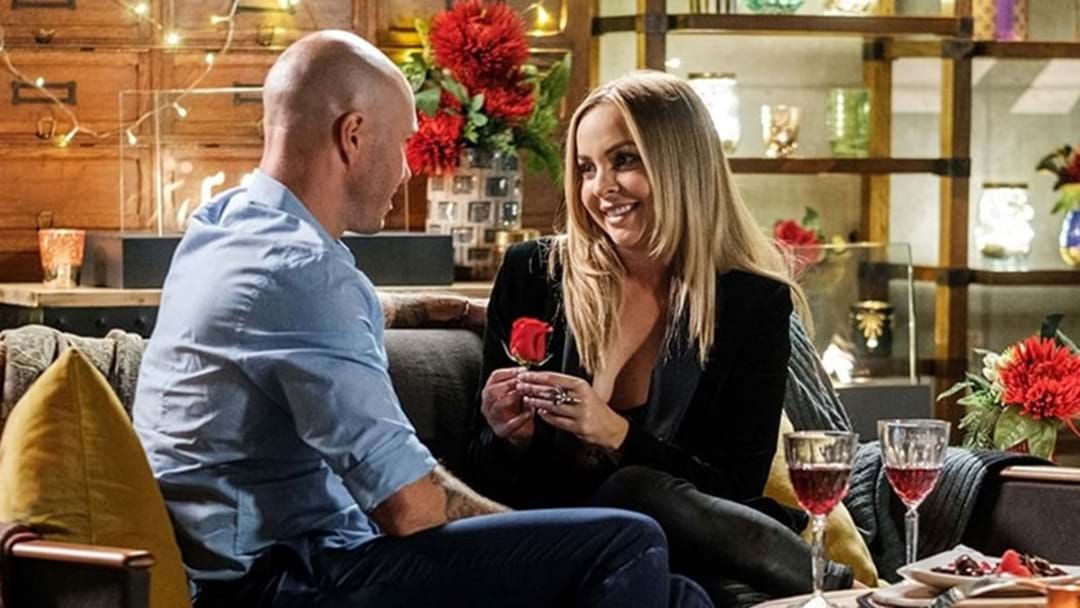 Last night, Bachelorette fans watched on as Angie broke down in tears as she said farewell to Ryan.

Although the episode was filmed months ago, it’s clear Ryan is still recovering from the heartbreak.

During Jamie Angel’s chat with Ryan on 2DayFM Breakfast this morning, the dog lover opened up about last night’s episode, saying it’s “still a bit of a sore topic” for him, admitting he hasn’t been able to watch much of the season.

“It was pretty full on. It was upsetting for both of us… I was thinking of just watching them by myself, might binge watch them down the track.”

Ryan also confirmed that he and Angie have been in contact since the show.

Take a listen to chat below:

Ryan also discussed how he felt finding out how the boys were talking about him behind his back:

Who do you think Angie will choose in the end?

Let us know your thoughts in our Facebook comments!

Catch up on more interviews like this by downloading the 2DayFM app on iOS and Android!