Are you an Albanese or a Morrison? 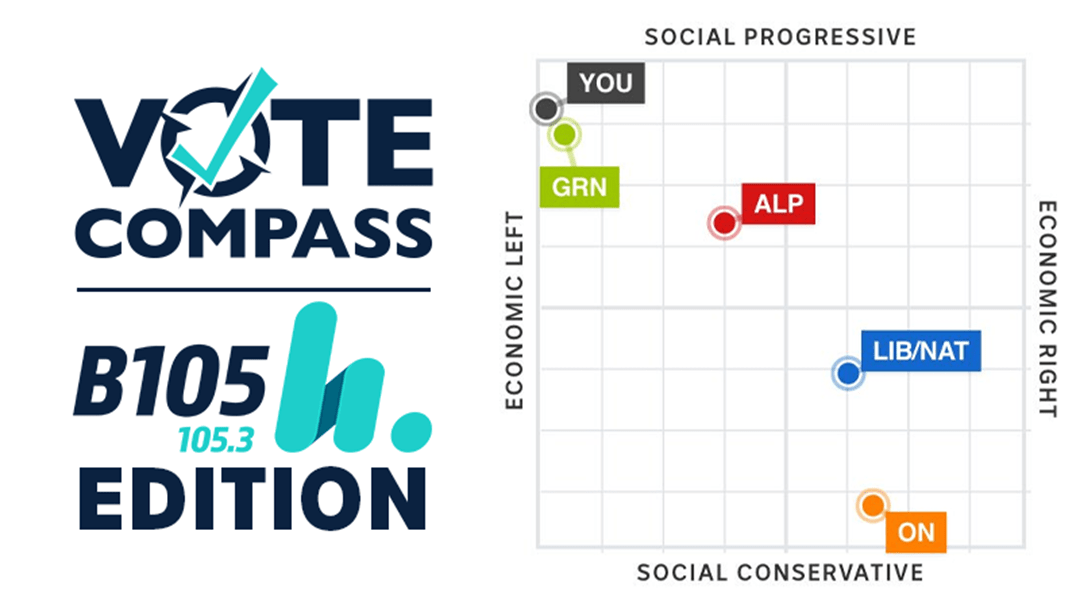 We've made our very own B105 Voting Compass - hear it here!

Want to find your own results?

Answer the following questions, answering either A or B (and tally how many of each):

Q1. Do you prefer (A) the hustle and bustle of the inner city or would you rather (B) a more laidback, suburban vibe near the water?
Q2. For dessert, do you opt for a (A) Streets Vanetta Ice Cream cake or a (B) chocolate sundae from Maccas?
Q3. If you had to support an NRL Team, would you rather go for the (A) Rabbitohs or (B) Sharks
Q4. On a Sunday afternoon would you rather listen to (A) a 59-year-old play house music on the DJ Decks or (B) a 53-year-old play the Ukulele whilst on the margs?
Q5. In a friend do you look for someone who is (A) sensitive & gracious or (B) ambitious, but can be prone to angry outbursts
Q6. What sounds like a better companion, (A) white cavoodle named Toto or (B) black schnoodle named Buddy
Q7. You’re on a night out and a fashionable young lad has caught your eye, is he wearing (A) a button up with a rolled-up sleeve or (B) a navy short sleeve polo with some tan shorts?

If you got mostly As – You're an Albanese

If you got mostly Bs – You're a Morrison

Don't forget to click here for the actual Vote Compass!

As for the explanations for the above:

Download LiSTNR and enjoy a new world of audio. All your favourite shows and stations in one library including Stav, Abby and Matt!