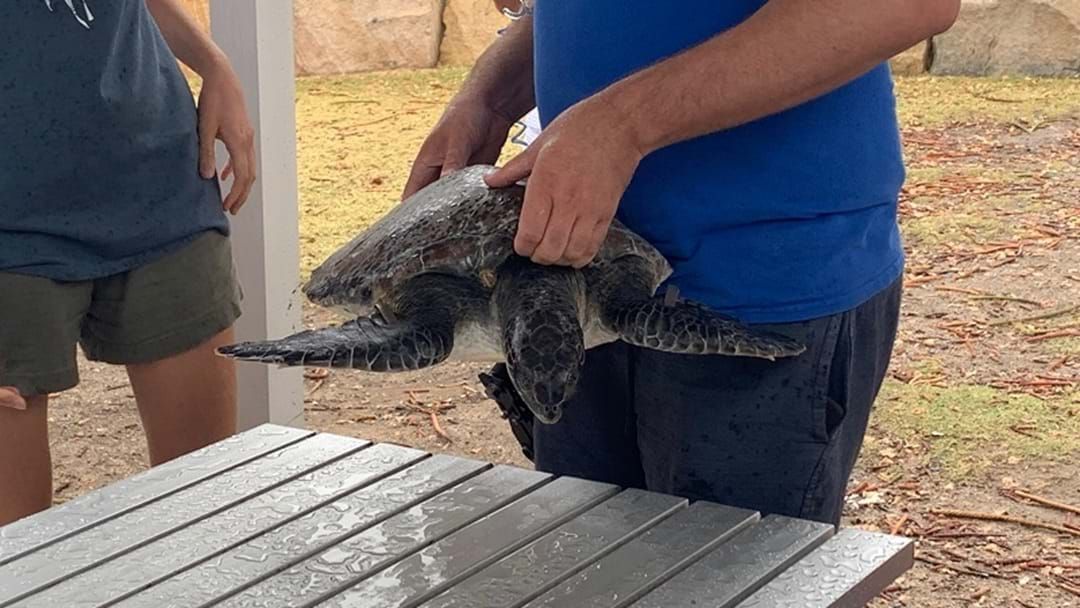 A rehabilitated Sea Turtle was released at the Haven this morning.

Terry, who's named for being found in Terrigal, was placed into the water and swam off straight away.

The Reptile was rescued because he was floating and not swimming properly so Taronga Zoo helped him rehabilitate for the past week.

Thankfully no plastic was found in the scans done on the animal but members of the Terrigal Haven Supporters Group are still warning Coasties to be careful with waste when they’re leaving the coast beaches.