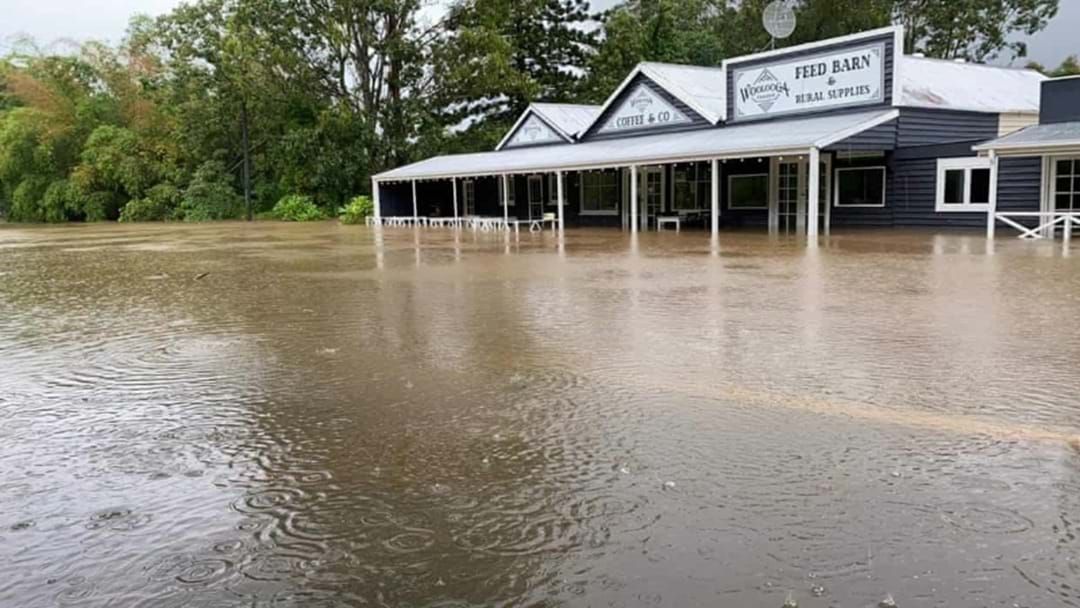 Emergency crews in Maryborough have managed to protect the town from floodwaters as a massive clean-up gets underway.

The Queensland town north of Brisbane, was evacuated after floodwaters surged through stormwater drains and into the streets, after an underground valve failed just before 2pm on Sunday.

Numerous generators and 12 large diesel pumps were bought in to try and battle floodwaters, moving about 120 litres a second, overnight.

The Mary River peaked just above a major flood level of 10.5 metres on Sunday with around 80 homes awash from the devastating floodwater.

Sadly, a 22-year-old died in the floods, north of Gympie, on Saturday after torrential rain dumped upon the region on Friday and Saturday.

Meanwhile, a 14-year-old girl remains missing after she was separated from her father in floodwaters near Gympie as parts of the state continue to be affected by "unexpected" heavy rains and major flooding with cyclone activity stemming from ex-tropical cyclone Seth.

The girl's 53-year-old father was rescued by emergency services found clinging to a tree just after midday on Saturday as police comb the floodplain for any sign of the girl.

"We have deployed PolAir and we have specialists water police and dog squad members on the ground, as well as SES and other emergency services," Mr Gollschewski said on Sunday.

"This is a very, very difficult environment. We are unable to get in there and conduct that search appropriately at the moment."

In the meantime, thunderstorms have eased across Capricornia, Wide Bay and Burnett, however tropical cyclone Tiffany is approaching along the Cape York Peninsula as a category two system.

"So, to all the residents in those areas please be on the lookout, I know that they know how to deal with these events," she told reporters.

"They're very well prepared and we'll be keeping a very close eye on that."

In addition, the federal minister for emergency management and national recovery and resilience, Bridget McKenzie, has announced that Queenslanders impacted by the current flooding will be able to apply for financial support from the federal government from Tuesday afternoon.

"The Disaster Recovery Payment is a one-off, non-means tested payment of $1,000 for eligible adults and $400 for eligible children. This payment is available to anyone in those affected local government areas who has suffered a significant loss, including a severely damaged or destroyed home or serious injury," she said.

"The Disaster Recovery Allowance provides a short-term income support payment to assist individuals whose income has been affected because of this disastrous event. The Allowance is available for up to 13 weeks, equivalent to the maximum rate of Jobseeker Payment or Youth Allowance."

Meanwhile, the Bureau of Meteorology predict cyclone Tiffany will cross the coast on Tuesday delivering string gusts of up to 100km/h, along with high tides, large waves and heavy rain.