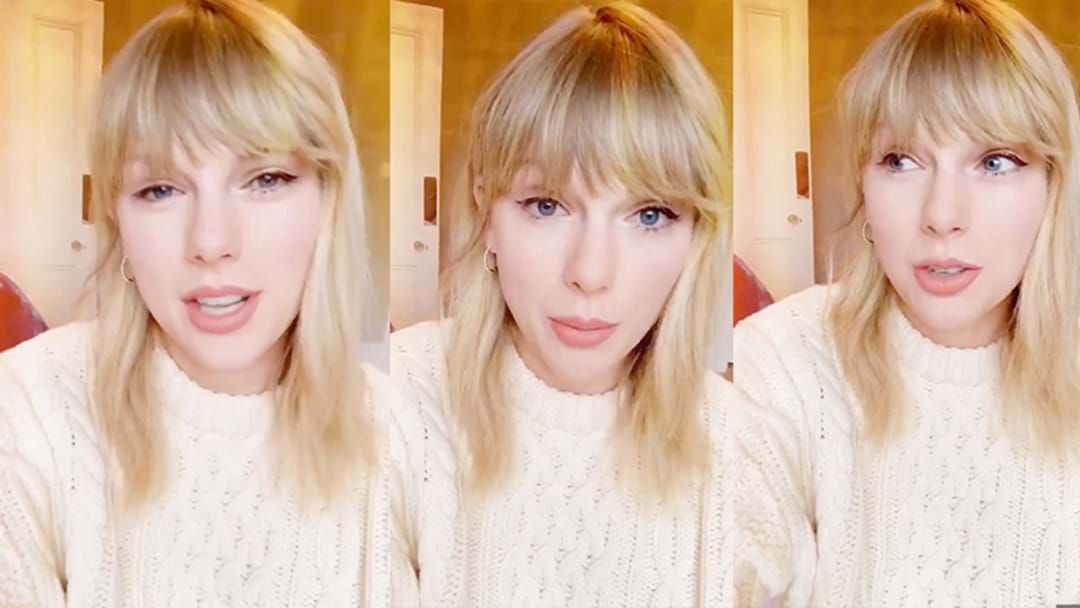 You really have to feel for Taylor Swift right now. The singer has taken to Twitter to reveal to her fans the latest heartbreaking development in the saga that has followed after the sale of her back catalogue.

Taylor has revealed she has many plans in the works before the end of the year including a Netflix special, performing at the American Music Awards and more... but has been stopped in her tracks due to the sale of her back catalogue of music to Justin Bieber's manager, Scooter Braun.

Taylor has revealed Scooter and Scott Borchetta have said she cannot perform her music at the events as that would be classified as re-recording her music, something she is not permitted to do until next year.

Sadly, Taylor has also revealed the ultimatum she's been given if she wants to proceed with these performances - she has to agree to NOT re-record her songs next year... meaning that Scott and Scooter would own the original versions of the songs forever.

By reading Taylor's message, you can see she is at her wits end, mentioning that she has tried to sort this out privately but it has not happened.

You've really got to feel for her!