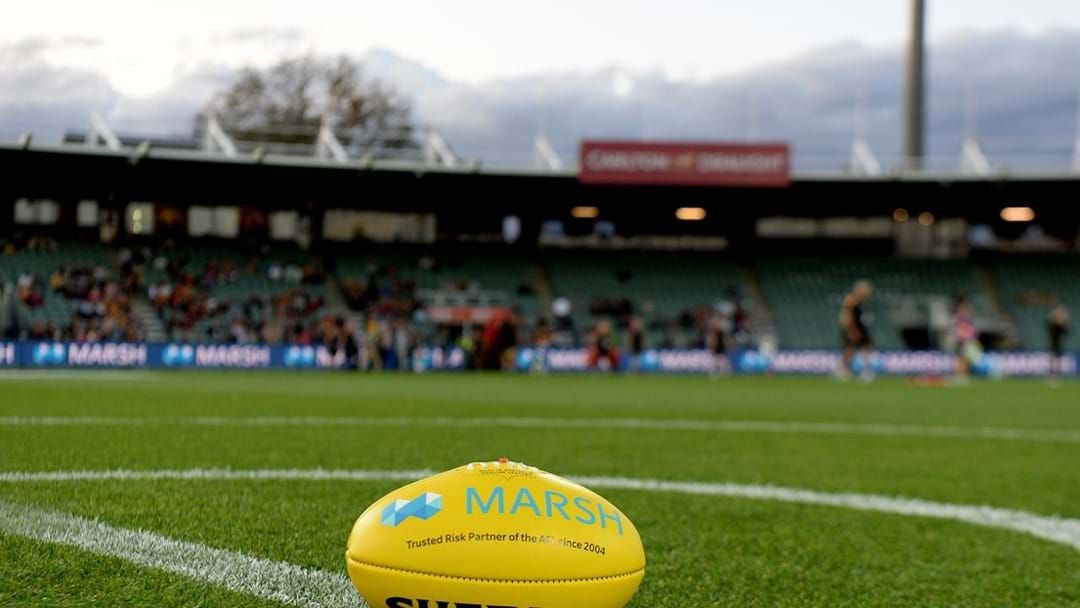 The AFL on Tuesday announced they to decide the fate of a potential Tasmanian team by the start of season 2022.

It comes on the eve of Tassie preparing to host the first AFL finals matches in Launceston this weekend, with the Essendon-Western Bulldogs clash already sold out to full capacity.

The other elimination final, GWS-Sydney is also sought after with Tasmanian state officials saying the match will be sold out "in a matter of hours".

The AFL, in conjunction with the Tasmanian government reached a decision to ceasefire differences in recent weeks. The league aims to provide state officials with an answer by 2022.

The agreement to decide on a standalone team for the apple isle means that Premier Peter Gutwein will not act on his threat of extinguishing the existing Tasmania contracts with Hawthorn and North Melbourne.

Gutwein on Tuesday announced full support for the AFL's process, as the state gears up to put on a spectacle for week one of the AFL finals.

"The AFL and the state government will work through the matters raised in the Carter report ahead of a final position being put to club presidents for a decision on a Tasmanian AFL team," Gutwein said in a press release.

"I want to thank Gil for the time he has spent in discussion with me over the past week to come to this agreement, which we both support."