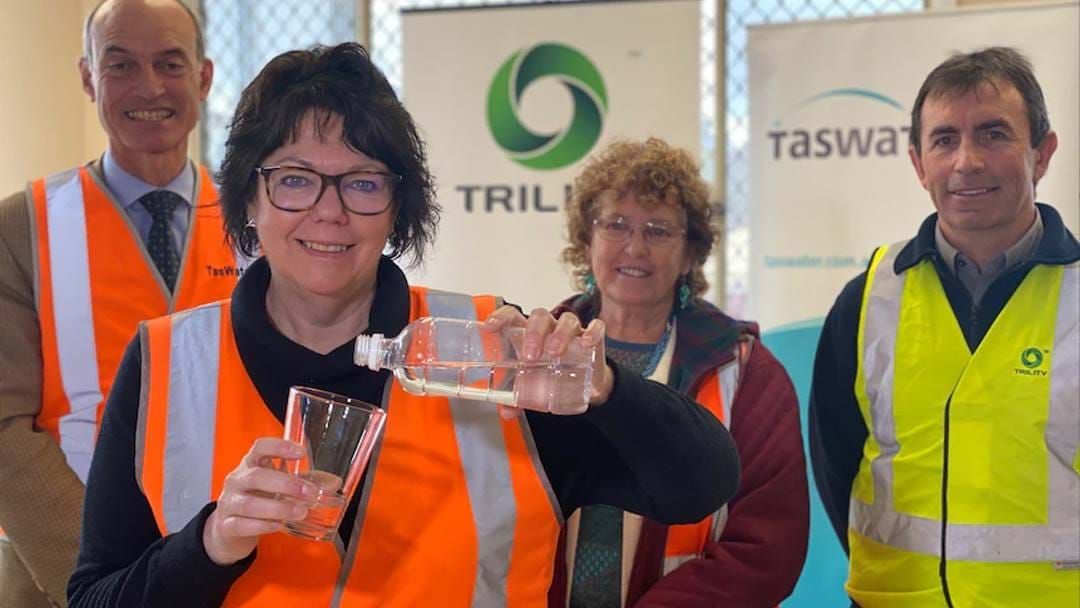 A town in Tasmania's north-east has taken out a prestigious award at an international water-tasting event.

Once the cornerstone of the state's mining industry, the town of Rossarden has been acknowledged on a global scale; winning the Best Municipal Water for 2021 at the Berkeley Springs International Water Tasting held in the United States.

The honour comes three years after the town's drinking water was deemed contaminated due to residual mining operations, and place on public health notice.

It is a milestone for the town of 50 residents who now consume the 'sweetest water ever tasted', the annual event claims to be the world's largest water-tasting event.

Acting chief executive of TasWater, Juliet Mercer said the award can be attributed to the state's clean water supply program, which helped remove the public health alerts that once plagued close to 30 Tasmanian towns.

"Seeing a town where so recently you could not even drink the water now recognised as having the best drinking water in the world is an incredible result and is a great source of pride to TasWater,"

The state-wide program enabled the installation of water treatment plants across the state.

A resident of Rossarden for 33 years, Council Mayor Mary Knowles said the international recognition is an exciting achievement considering the recent supply issues.

"[Today, we are] celebrating having the world's best drop straight from a tap."

The water was judged by a panel of nine, who sample the liquid citing four categories - odour, visual appeal, taste and texture.

Sent to the US as a package from Rossarden's water treatment plant, the judges stated "the water reflects the terroir" of the environment's soil.

"Certain minerals will give water a texture. Silica, for instance, will give water a slippery texture. If the water is astringent that could be due to high levels of calcium or magnesium," said US water expert Arthur von Wisenberger.

"The consistency in winners from year to year with different panels of judges validates the choices."

Two other Australian towns were judged during the event, with entries from Bowral, New South Wales and Babinda, Queensland.

Catch up on the latest headlines on The Tasmania Briefing. Available on LiSTNR