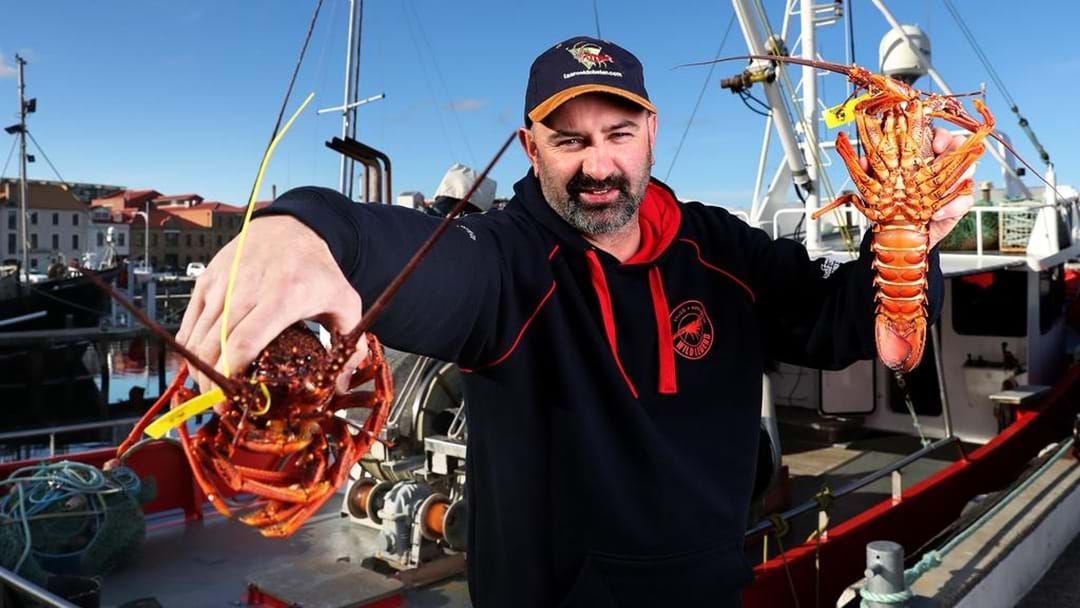 Who would have thought a fishing show called “Aussie Lobster Men” would put Tassie on the map?

Brendan “Squizzy” Taylor and the boys portray the real lives of a crew on board a commercial fishing vessel here in Tassie.

Originally Squizzy thought the show would not see a second season, however following global success, “Aussie Lobster Men” are about to wrap up their third season in weeks.

Filming was originally due to finish back in March, but like most things the pandemic hit and filming was delayed.

The pandemic has transformed the lobster industry dramatically, Squizzy revealed the price of lobster had dropped significantly in the past few months.

“This has been the most stressful time of my life in the family business. The industry got turned on its head overnight”

At the height of the COVID-19 pandemic, the only place he was able to sell lobsters was straight off the boat in Margate to locals.

Luckily for local fishermen, Tasmania is the only state in the country that can legally sell produce straight off the boat.

Squizzy says being able to sell straight off the boat has really saved their business.

“At the end of the day the Tasmanian public has really helped them get through this time.”

The good news is that the fishing industry is starting to look strong again and international markets are starting to pick back up again.

Squizzy and the boys have a positive future with some hints at a fourth season of the show and are currently enjoying all the local feedback down at the Margate wharf.