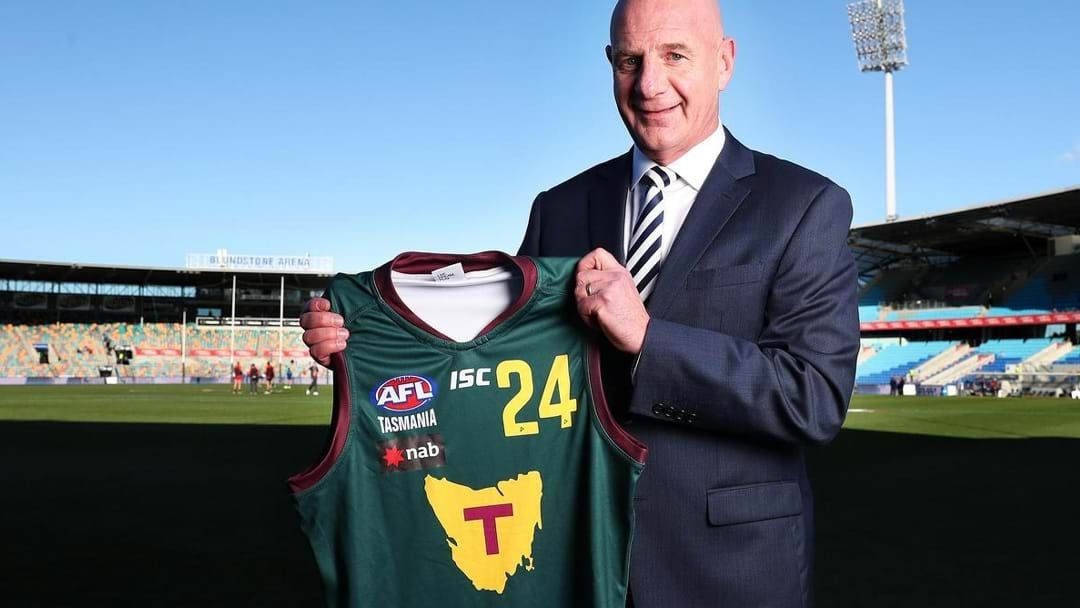 Fresh calls for Tasmania to become the AFL's next team remains, labelled as 'unfinished business' following the recent resignation of Premier Peter Gutwein.

A 19th licence has been a topic of questioning for AFL CEO Gillon McLachlan over the years, with the island state primed to enter the competition thanks to the efforts of the outgoing Premier.

Gutwein set the wheels in motion for community support, establishing plans of a $750 million Hobart Stadium to create a home venue for a Tassie side.

Godfrey is adamant that it's business as usual, given the state's rich AFL history and stability of grassroots competition.

"It's not about one person," he said.

Tasmanian AFL taskforce member Grant O'Brien supported the stance, praising the efforts of Gutwein as a driving force behind the Apple Isle's plea.

"From a taskforce point of view, we were disappointed, as he [Gutwein] was terrific with his support of a Tassie team, an initiative that he inherited from Will Hodgman, and has done a terrific job in carrying that mantle and being involved in key times and providing support to us as a taskforce," O'Brien said.

"We will miss that, of course, but we have a job to do as a taskforce and we are getting on to do that, and the important thing from our point of view is that the push for an AFL team for Tasmania is something that is supported by all sides of politics, and that has been a strong message from the beginning.

"Our job doesn't change and we are hopeful the support we receive from the new Premier will be as solid as it was from Peter,'' O'Brien said.