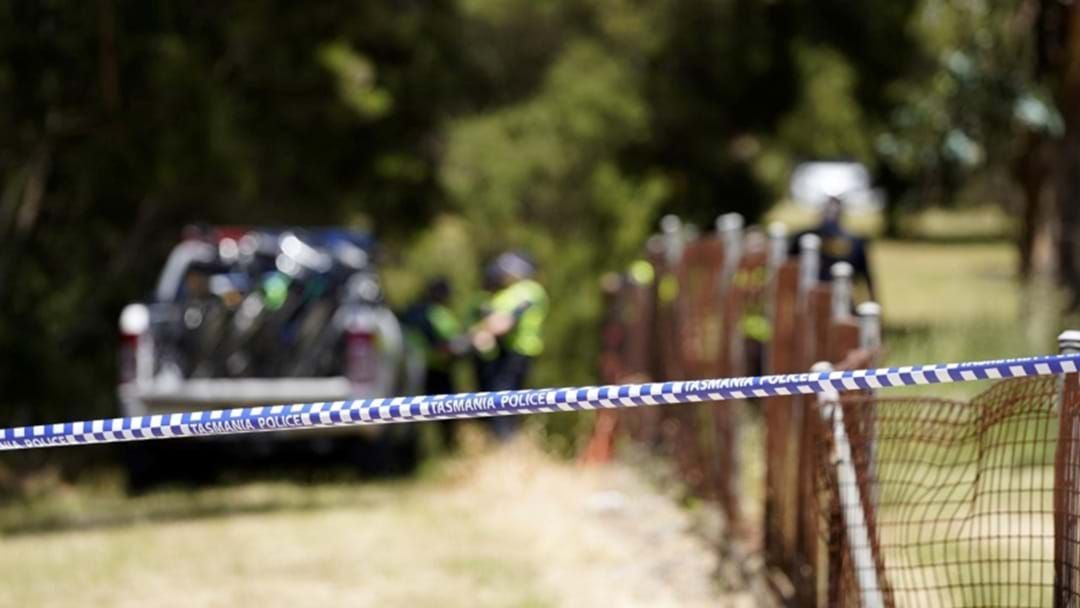 Floral tributes have been placed outside the Devonport primary school where five children lost their lives in yesterday's jumping castle tragedy.

WARNING: Some readers may find this story distressing.

Emergency services along with the Westpac Rescue Helicopter were called to Hillcrest Primary School in Devonport about 10am on Thursday, after a freak wind event caused the jumping castle to lift into the air.

Stay up-to-date on the latest news with The Hobart Briefing - keeping you in the loop with news as it hits.

Two girls and two boys, all in year 6, were confirmed dead by police on Thursday afternoon, while the gender of the fifth child is yet been revealed.

"Sadly, police can confirm another child has died in hospital following the incident at Hillcrest Primary School this morning," Tasmania Police said in a statement on Thursday evening.

"Again, our thoughts are with all those affected by this tragic incident."

"On a day when these children were meant to be celebrating their last day of primary school, instead we're all mourning their loss," she said.

"Our hearts are breaking for the families and the loved ones, schoolmates, teachers of these young people who were taken too soon."

Tasmanian senator Jacqui Lambie, who grew up in the town, broke down as she spoke about the tragedy saying it was “unthinkable” and “beyond imaginable”.

“It is just … just horrific, you know. A week before Christmas time,” she told Today.

“Imagine those kids having those Christmas presents under the tree … it is just bloody awful.”

sentiment of shock has resonated across the tight nit community with Devonport mayor Annette Rockliff confirming they are all struggling to comprehend what happened.

“It has been a dreadful time for so many of us, but for some, so much unbelievably more than others,” she told Sunrise.

“I don’t need to tell my community; I know they will take care of each other. But I urge everyone to take care of themselves, keep an eye out.”

Ms Rockliff also noted the dozens of first responders who be traumatised by tragic scenes at the school.

“We had more than 90 ambulance officers on site yesterday, plus fire and ambulance, and all of those are part of our community as well and as he saw the photos of a huge ripple effect,” she said.

“There are so many stories and it is going to be a long and difficult process, and I just urge everyone to do the best they can to take care of each other.”

The primary school were celebrating the end-of-year with a "Big Day In" celebration, instead of a usual school picnic.

Four other children remain in a critical condition.