Sydney’s First Taco Bell Store Is Opening Tomorrow & You Can Win A Year’s Supply Of Tacos! 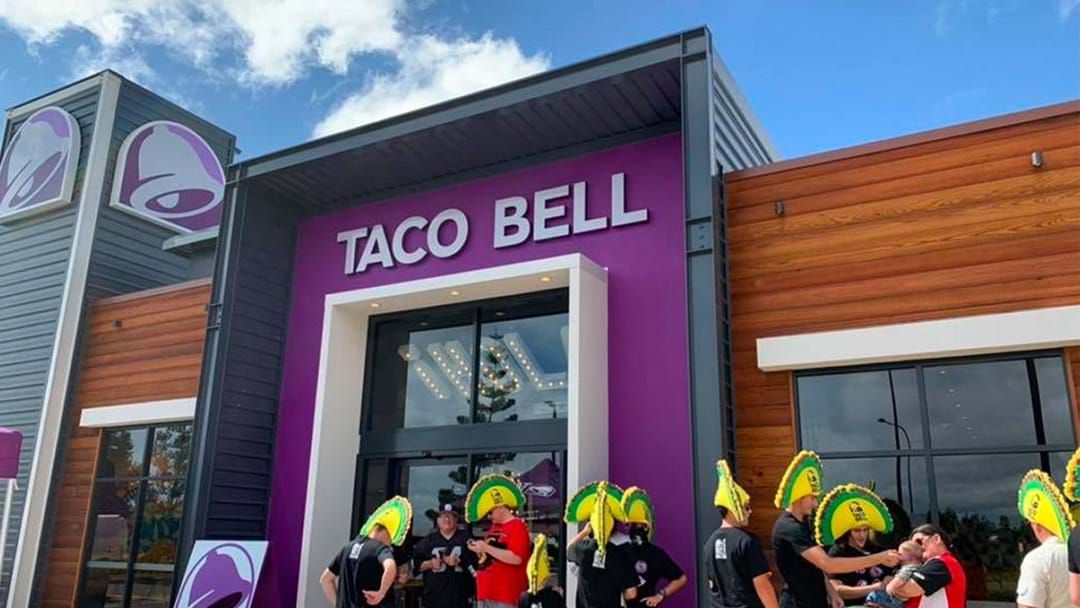 After years and years of listening to American movie characters drool over their beloved Taco Bell, Sydney’s first Taco Bell will be opening TOMORROW!

Back in September, the famous chain announced it would be opening stores in Blacktown and Newcastle, as well as locations in Queensland and Victoria.

Tomorrow, December 17th, Mexican food lovers can flock down to Westpoint Blacktown where doors will open at 11am!

“There'll be limited edition tees, hats and a year’s worth of taco's to be won for one lucky customer,” the food chain wrote on Facebook.

Taco Bell technically first opened a store in Sydney in 1981, but after a dispute with an existing restaurant of the same name, the chain closed. It reopened again in 1997, but closed again a few years later.

Let’s hope this new store is here to stay!

Stay up to date with all things Sydney and belt out feel good music with the 2DayFM app on iOS and Android!