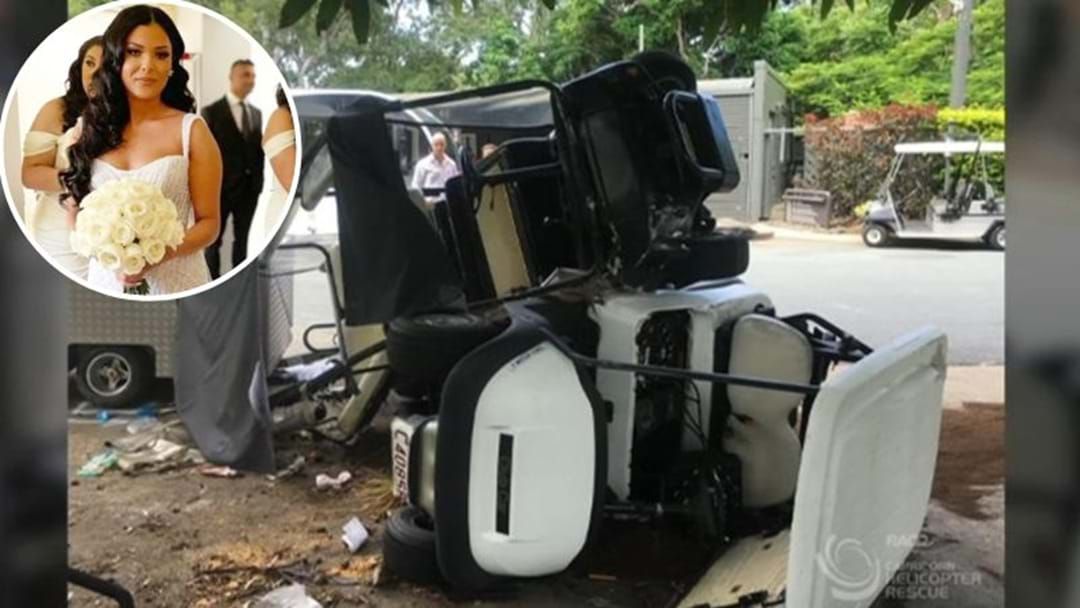 A Sydney woman has died in a golf buggy accident on Hamilton Island only days after getting married.

A 29-year-old woman has passed away in a horrific buggy accident in the Whitsundays only 10 days after getting married.

Marina and 30-year-old Robbie Morgan had only recently tied the knot at Doltone House in Sydney before travelling to Hamilton Island for their honeymoon.

Mr Morgan was driving the golf buggy on Whitsunday Boulevard with Mrs Morgan in the passenger seat when he attempted a U-turn and the buggy rolled.

Mrs Morgan was not wearing a seatbelt at the time of the crash and is believed to have been thrown onto the road.

Queensland police inspector Anthony Cowan said there was no indication that Mr Morgan had been drinking when the incident occurred.

“The battery on the buggy went flat and he’s conducted a U-turn to go back and charge it up, and while turning around the buggy has rolled on its side,” he said.

“An off-duty dentist, an off-duty fire officer and the doctor from the island performed CPR for 35 minutes with no success.”

Mr Morgan is believed to have escaped the crash without injury.

An investigation into the exact cause of the tragic accident is still underway.