Saved by a dog 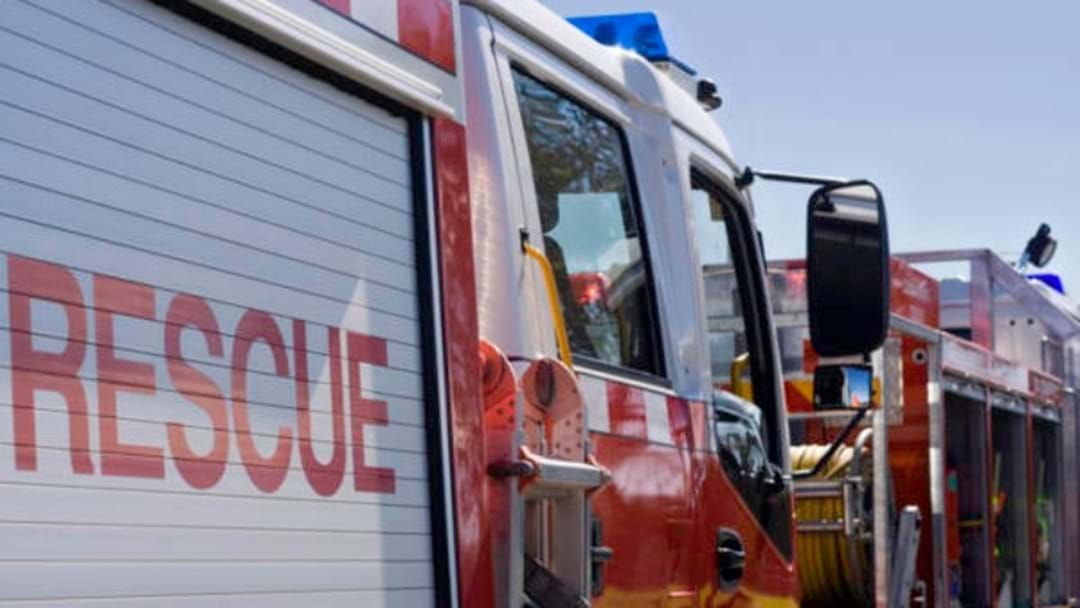 A man has been saved after falling into a septic tank in Sydney's northern suburbs.

A dog was walking with its owner, a teenage girl, along Myoora Road about 12.30pm on Wednesday, when it began barking frantically.

The 13-yea-old found the distressed man, called Triple 0 and threw a rope into the 2.3-metre-deep tank for him to hold on to.

The man aged in his 40's was trapped for more than an hour, sparking an urgent emergency rescue operation.

Police, Fire and Rescue NSW, NSW Ambulance and the Rural Fire Service rushed to the scene where they found the man, stuck upside down inside the tank.

In a time-critical effort, authorities rigged a rope hauling system to extricate the man, as the water levels inside the tank slowly rose.

Freed from the clutches of rising water, the man was successfully lifted out of the tank about 2pm and was taken to Northern Beaches Hospital in a stable condition.

"NSW Ambulance paramedics arrived on scene and were confronted with a challenging scene, the man was unable to free himself and had stated that the water inside the tank was rising," Inspector Charnan Kurth from NSW Ambulance said.

"Had the dog not heard the man's cries, it may not have been such a good ending," said the paramedic.

The dog is being praised for saving the man's life, proving once again, he is man's best friend.