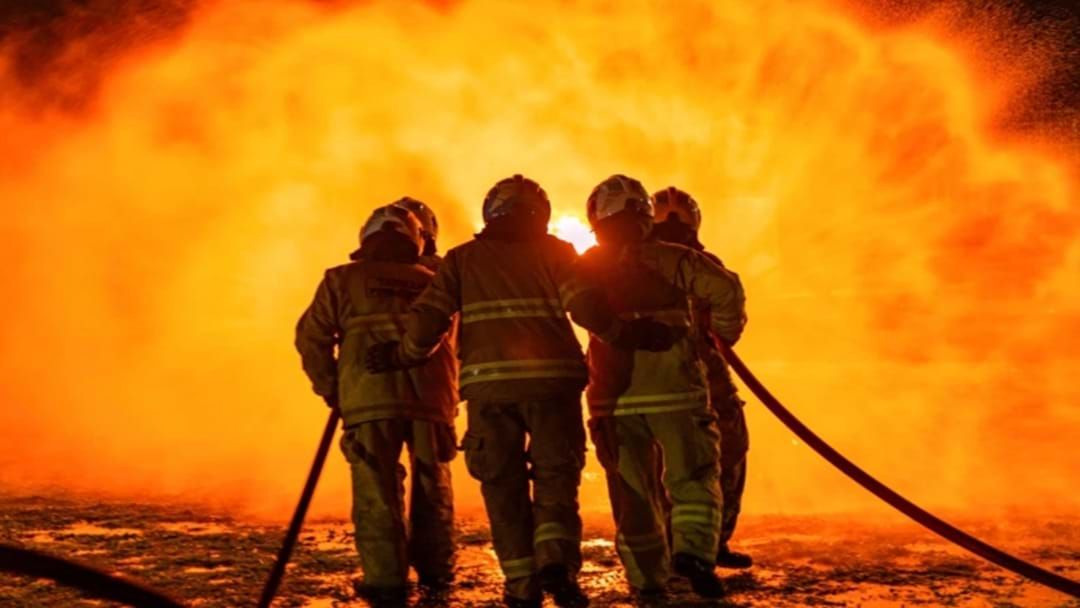 Smoke advice warning have been issued after two fires broke out north of Adelaide Tuesday evening.

The first alarm was raised after the Black Top Rd Para Substation in the Gould Creek area went up in flames just before 9pm.

Stay up-to-date on the latest news with The National Briefing - keeping you in the loop with the nations news as it hits.

That was followed by a smoke advice message issued about 11pm warning toxic particles may be spreading in the area, as crews worked to contain the fire.

“People with breathing difficulties should remain indoors with windows closed until the smoke abates,” authorities said.

Meantime, a blaze which broke out at a large hayshed at Johnson at Kapunda on Tuesday about 3pm also prompted smoke warnings.

Emergency crews arrived to find a smoking haystack within a shed had caught fire.

Unfortunately, the shed was destroyed.

Residents in the surrounding area were warned of billowing thick black smoke.

Then about 2:30am on Wednesday another fire broke out within the warehouse of a trailer-making business at Lonsdale.

Structural and content damage has been estimated around $400,000, and has been deemed undetermined, but not suspicious.