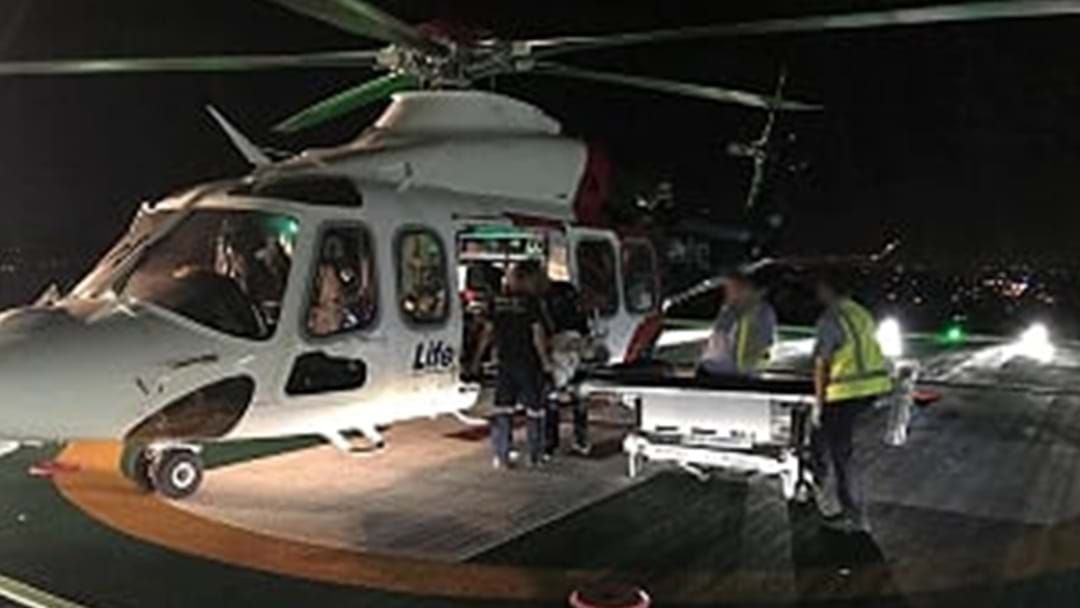 The Roma-based LifeFlight Surat Gas Aero-Medical Service (SGAS) Rescue helicopter airlifted a man and woman to hospital in Brisbane on Saturday night, after they were involved in a motor vehicle accident.

The rescue crew were called into action just after 6 o'clock after an accident occurred believed to be due to a tyre blowout causing the vehicle to roll.

A man and woman, both aged in their twenties, suffered multiple injuries.

They were both airlifted to Princess Alexandra Hospital, both in a stable condition.