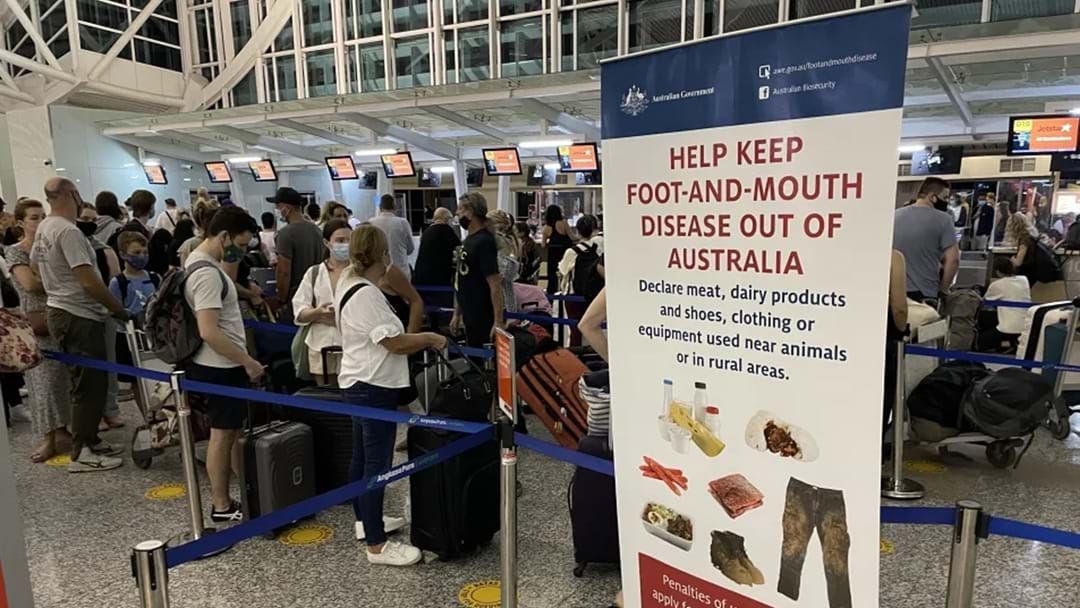 Australian international arrivals will be directed to use cleaning foot mats and may have to hand their shoes in under new biosecurity rules implemented from today.

Biosecurity officers at all Australian airports have been given unprecedented new power to help avoid a local outbreak of Foot and Mouth Disease (FMD).

Officers will be able to enforce the new rules within newly declared Biosecurity Response Zones at international terminals.

Currently, passengers deemed at a risk need to be asked, and agree to, using a foot mat and have their shoes cleaned – in these new zones it will no longer be a choice.

Director of Biosecurity, and Secretary of the Department of Agriculture, Fisheries and Forestry, Andrew Metcalfe, made the determination to establish the zones on Friday afternoon.

“We have wasted no time in getting on top of this issue and have been consistently ramping up measures at our airports and mail centres around the country,” he said.

"We have already announced a $14 million assistance package to reduce the risk of FMD spreading from Bali to Australia which included increased detection and protection here in Australia and a million vaccines for the Indonesian cattle industry," he said.

"I also announced the deployment of sanitisation foot mats at all international airports as an additional layer of protection for returning travellers from Indonesia."

It is the first time such measures have been introduced under section 365 of the Biosecurity Act 2015.

Sanitation maps have been sent to all airports across the country and will begin to be seen by passengers in the upcoming days.

The new safety measures are part of a three-month trial and is mandatory for any travellers returning from Indonesia.