newsShire Of Ravensthorpe CEO Used Funds To Pay For Sex

Shire Of Ravensthorpe CEO Used Funds To Pay For Sex 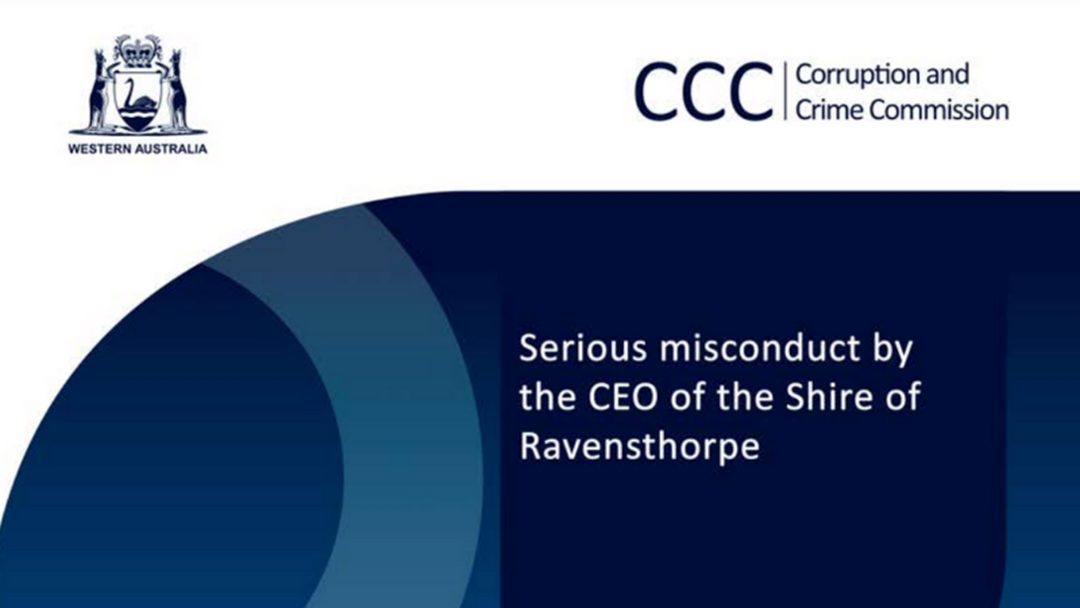 Report from the Corruption and Crime Commission website. Source: CCC

The former Shire of Ravensthorpe chief executive Gavin Pollock has been found to have used shire funds to pay for sex services, the WA Corruption and Crime Commission has found.

The commission tabled a report in State Parliament detailing how Mr Pollock used his position to register a sex worker as a supplier to the shire, for more than a year.

"The sole purpose of the scheme was for Mr Pollock to receive sexual services," the commission's statement read on Wednesday.

The commission had formed the opinion of serious misconduct, recommending criminal charges be considered. They noted however, there was no finding that Mr Pollock was guilty of a criminal or disciplinary offence.

"The explanation Mr Pollock gave the commission for setting up the scheme with Ms E was so he could access support services, emotional support and use her as a sounding board at a time when he felt he was being undermined within the organisation," the commission said.

"The fund was used to not only pay Ms E but to pay other sex workers as well. Mr Pollock well knew he would never be authorised to expend Ravensthorpe funds this way.”

Investigations came to a head in August when search warrants were executed, seizing electronic devices and records.

Mr Pollock’s position was terminated on September 13 based on the corrupt revelations. The Shire of Ravensthorpe thanked him for his services over the past two and a half years but would not comment further whilst investigations are ongoing.